People are talking about the Fortune Global 100… a lot.

While Twitter still remains the most popular platform among the Fortune Global 100, by far the largest growth in corporate social media use occurred on YouTube. Percentage of Companies with Branded YouTube Channels 2012

Engage with other users using retweets and @mentions on Twitter

Respond to comments on their walls and timelines on Facebook

Multiple accounts on these platforms allow companies to target audiences by geography, topic or service. Companies now average more accounts on each platform than ever before. 4.2 5.8

Google Plus pages for businesses were launched in November, and by February 2012, nearly half (48%) of Fortune Global 100 companies already had a presence on the platform. 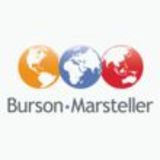