The influence of each user’s network

How much each user influences people

How many people each user influences

“G20 influencers” is a study conducted by Burson-Marsteller, a leading global public relations agency working with Klout, the social media analytics company. The study aims to identify the ten most politically influential people on Twitter in each country of the G20*. The study measures influence by using a tweeter’s Klout Score. For more about Klout scores see here: http://klout.com/corp/kscore. Burson-Marsteller created a list of close to 1000 politically influential people on Twitter across 26 countries. This included politicians, journalists, bloggers, public affairs specialists, NGOs, industry and trade associations. The data used for the study was taken in March 2012 based on activity over a 90 day period. For China, as Twitter is not used, the analysis is done using the social media platform Weibo. * The G20 includes 19 country members and the European Union, which together represent around 90% of global GDP, 80% of global trade and two thirds of the world’s population. Burson-Marsteller’s analysis extends to 26 countries, made up of additional countries from the European Union - Latvia, Netherlands, Poland, Portugal, Spain and Sweden. To see the in-depth results of this research, visit www.g20influencers.com 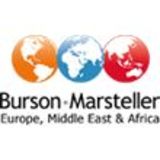