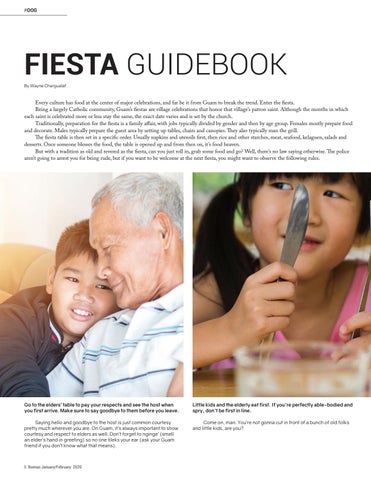 Every culture has food at the center of major celebrations, and far be it from Guam to break the trend. Enter the fiesta. Being a largely Catholic community, Guam’s fiestas are village celebrations that honor that village’s patron saint. Although the months in which each saint is celebrated more or less stay the same, the exact date varies and is set by the church. Traditionally, preparation for the fiesta is a family affair, with jobs typically divided by gender and then by age group. Females mostly prepare food and decorate. Males typically prepare the guest area by setting up tables, chairs and canopies. They also typically man the grill. The fiesta table is then set in a specific order. Usually napkins and utensils first, then rice and other starches, meat, seafood, kelaguen, salads and desserts. Once someone blesses the food, the table is opened up and from then on, it’s food heaven. But with a tradition as old and revered as the fiesta, can you just roll in, grab some food and go? Well, there’s no law saying otherwise. The police aren’t going to arrest you for being rude, but if you want to be welcome at the next fiesta, you might want to observe the following rules.

Go to the elders’ table to pay your respects and see the host when you first arrive. Make sure to say goodbye to them before you leave.

Little kids and the elderly eat first. If you&#39;re perfectly able-bodied and spry, don&#39;t be first in line.

Saying hello and goodbye to the host is just common courtesy pretty much wherever you are. On Guam, it’s always important to show courtesy and respect to elders as well. Don’t forget to nginge’ (smell an elder’s hand in greeting) so no one tileks your ear (ask your Guam friend if you don’t know what that means).

Come on, man. You’re not gonna cut in front of a bunch of old folks and little kids, are you? 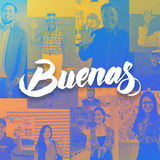