Tintinnabulation and teamwork prove irresistible for our novice toller

hey tell me it’s addictive. This group of smiling people all insist that after a taste I’ll be hooked. I’m inside the tower of St Peterin-Thanet, a large Anglican church in the heart of the village of St Peter’s in Broadstairs. The oldest parts of this building have stood here for almost a thousand years, and though the tower is only half that age it is still an imposing landmark that feels as much part of Thanet as the chalk cliffs that line the Isle. The coming sunset is creeping in the windows above. “Don’t look up,” Sarat says. “Eyes front.” Sarat has been the tower captain here since 2003. It is her job to lead the ringing of the bells, as well as train new ringers. “Pull down to waist-level and release. Don’t forget to let go.” It’s like a white naval rope, a coarse sinew descending from the ceiling three storeys above, but the part at eye level has grown striped fur. This, I am told, is called a sally, though no one is sure why. I later discover it comes from the old French word sailir, meaning the action of the jumping rope. The fur is soft and organic, but then it is made of wool. I reach up and hold the sally as high as I can and pull it down. It’s heavy. As I let go Sarat grabs hold of it. The ascending rope almost lifts her off her feet. “Too much.” She grins. “You just need to tip it over, and then you guide it down.” The eight bells of St Peter-in-Thanet are mounted on giant wheels above the ceiling and sit either up or down. I struggle to picture this, but Sarat has a wooden model that shows the mechanism. Pulling the sally simply knocks the bell off balance so it swings

through gravity and the rope wraps around the wheel. Holding the end of the rope prevents the bell fully righting, causing it to swing the other way. I try again, gentler. The bell rings out and I let go of the rope just in time to see it fly upward. Another try and I understand the timing of the ring. Sarat is encouraging. She gathers some of the many ringers present to sound the changes and I step into a doorway to watch. They take their positions in a circle, wearing matching polo shirts, and Sarat explains the different bells. The first is the treble, which is roughly two-thirds of a metre across, weighs a little over four hundredweight – or 200kg – and sounds a high F. The second is an E, then D, C, Bb, A, and the seventh is a G. The tenor, a low F, is slightly wider than a metre in diameter and weighs two-thirds of a tonne. It is when they sound the bells together that ringing begins to make sense. They are playing the largest instrument I can think of, all at the same time, but each only controlling one note. It is both exercise and musicianship brought to life through teamwork, as the bells cannot be played alone. The timing is not always right, but this is a practice, and then suddenly they fall in line. The bells sound with perfect order, resonating down through the walls of the tower. The sound is punctuated by the occasional shouted command from Sarat as she adjusts the orders of the bells, and there is a constant creaking as the ropes flex and move through the cast iron frame that keeps them separated. The wood of the ceiling breathes in motion as the ropes pump life into the bells. The tower is alive and the ringers are its heart.

The inside of the tower is lined with plaques celebrating the ringers, from feats of endurance to remembrance of those passed. One, a small brass mount, is dedicated to Nellie Bridges, who was tower captain for decades until she died in 2001. Sarat introduces me to her second-in-command, Nellie’s daughter-in-law, Mary. She has a spring in her step and fire in her eyes. Mary started ringing in 1953, and other than a few short breaks for childbirth she has rung the bells ever since. She remains the longest-serving ringer at St Peter-in-Thanet. Mary tells me a story about a woman she once met who was concerned for her welfare, thinking she spent all night in the church, ringing the bells every fifteen minutes. As she talks, she gestures to a great lever above my head which disconnects the clock mechanism and allows the bells to be rung. I ask why she keeps ringing. “I love it. I love the bells, I love the church.” Mary explains that when she was young she would travel far and wide to churches. “We would ring a different bell every night!”

wheels. Unlike the musty wood and stone of the ground floor it feels cool and fresh up here. We climb onto the giant wooden frame that holds the bells and I find myself perched on a thin plank inches from the tenor. With a creak a bell swings. “Here they go,” shouts Sue, her ear protectors immediately in place. Ade and I are a little late. In the few seconds between the first ring and my ears being covered I hear the full force of the sound and it is incredible, though obviously dangerous. Even through the ear protectors the peals are overwhelming. Despite their size and weight, the bells move quickly, with a violent grace. The wood beneath my feet shakes and sways with the bells, their sound passing through it and into me. This is a show of force. Beside each bell is a chime hammer, connected to the clock mechanism underneath us. I lean back and feel the flint wall behind me, but unlike the ferocity of the bells it stands cold and still. The bells stop, and Sue tells me she crawls under them to fit mufflers for funerals. The bells swing again. I miss the cue and scrabble to get my ear protectors on as the ringing shakes my skull. Beside me, Ade is doing the same. Sue, however, is used to this. We descend the tight spiral, returning to the others, and I take a moment to speak to the youngest ringers in attendance. Charlie is 18 and about to leave for university. Joe is only 17. Both were attracted to the sound of the bells, and they each seem to have picked up the skill of ringing well, considering they have only been attending for two months. As Sarat lists the previous tower captains to her taking over in 2009 I noticed they all served until they passed away. I ask Sarat if ringing is a job for life and she laughs. “I think so. It gets in your blood.” Sarat is keen for me to come back, but as an atheist I wonder if I would be accepted. “We are open to all,” Felicity says. She has been ringing with Sarat since 2003. She tells me the church doesn’t mind if you don’t believe. “They value the sound of the bells.” The gathering tonight swells with people. They are joking and laughing, enjoying each other’s company, and sharing a mutual experience. More than once I am invited to come back next week. “Every Monday from half-past six,” Felicity says with a smile. “Anyone is welcome.” Outside night has descended and Ade and I step into the darkness of the graveyard. I feel enlivened, as if some of their joy has got under my skin. It’s only pulling a rope, I tell myself, but I’m lying. It was fun, it stimulated my mind and body at once, and now I am smiling. They were right, it’s addictive. I guess that was my first taste. 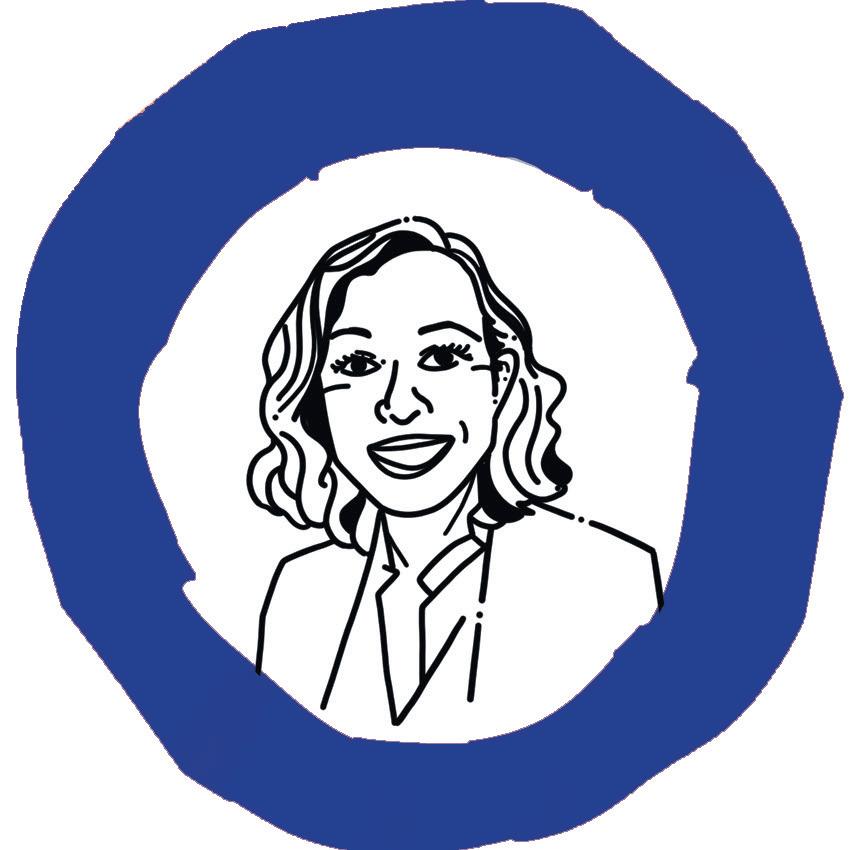 Hotlist – what’s on in Broadstairs this autumn 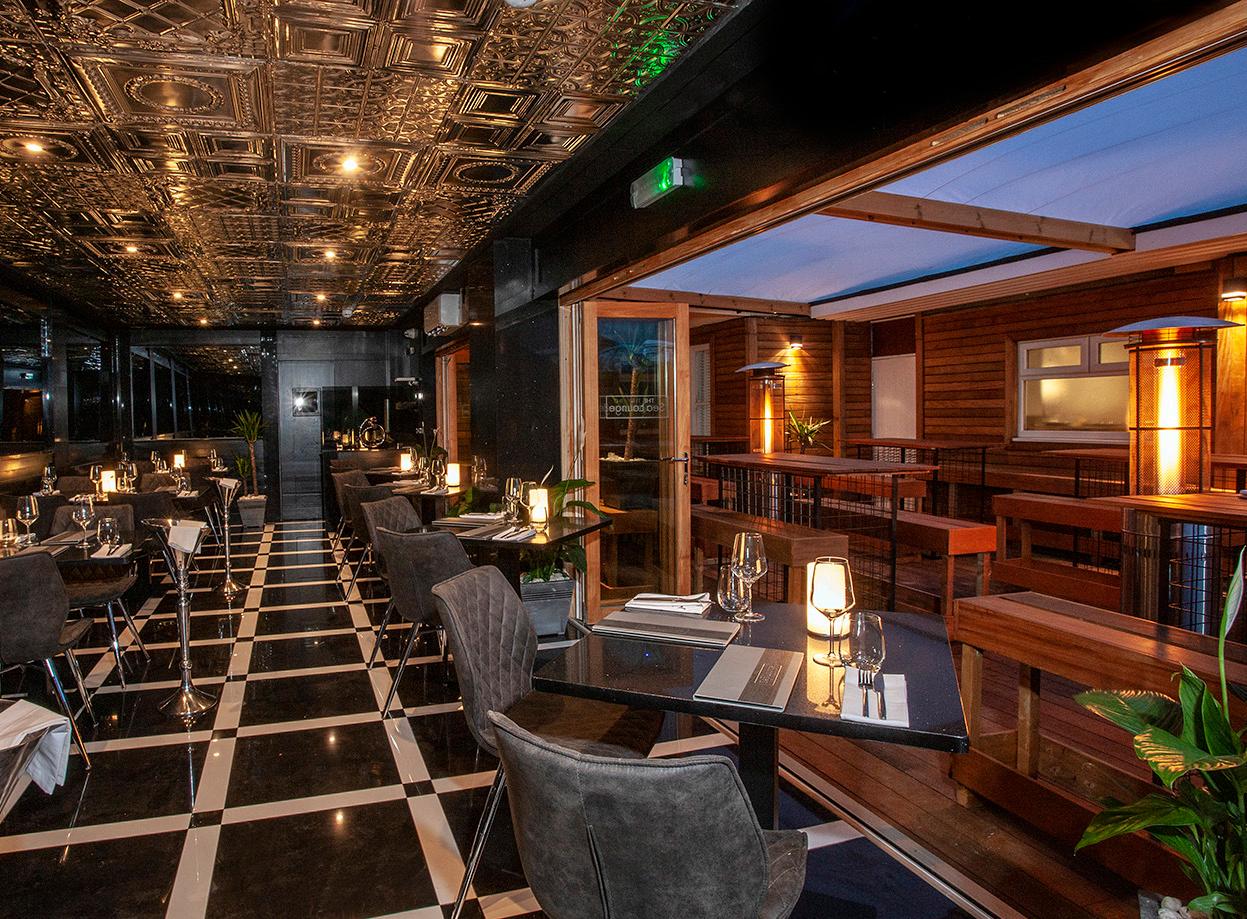 The Scoop – new shops, businesses and restaurants getting us talking round town 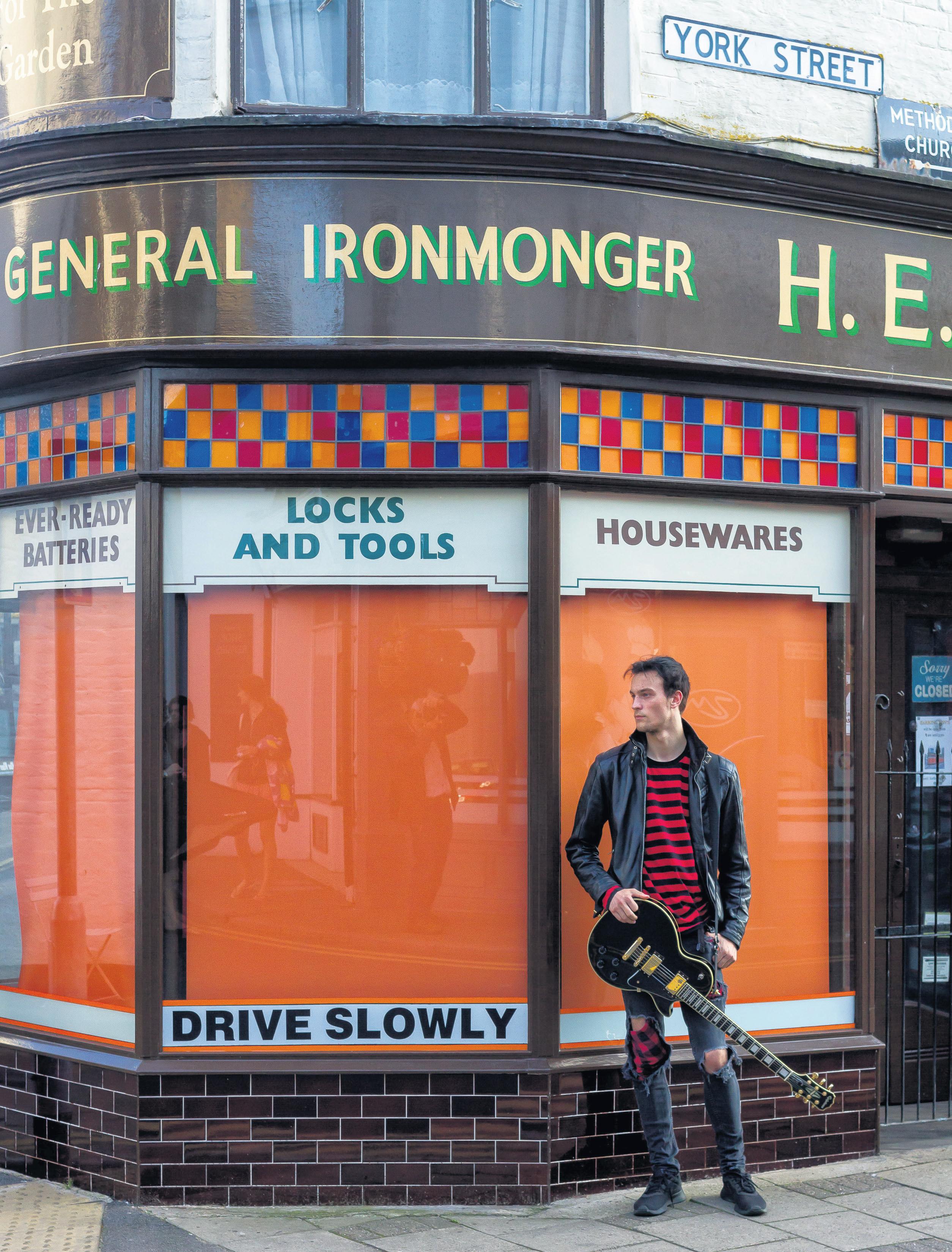 The future is bright – from anorexic to model Alex makes good 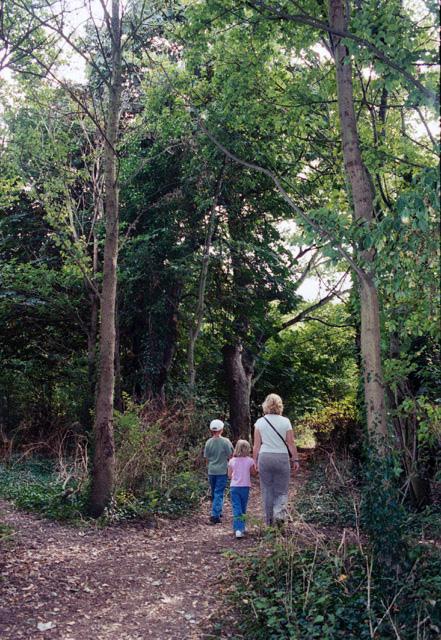 The secrets of Mockett’s Wood – Broadstairs’ 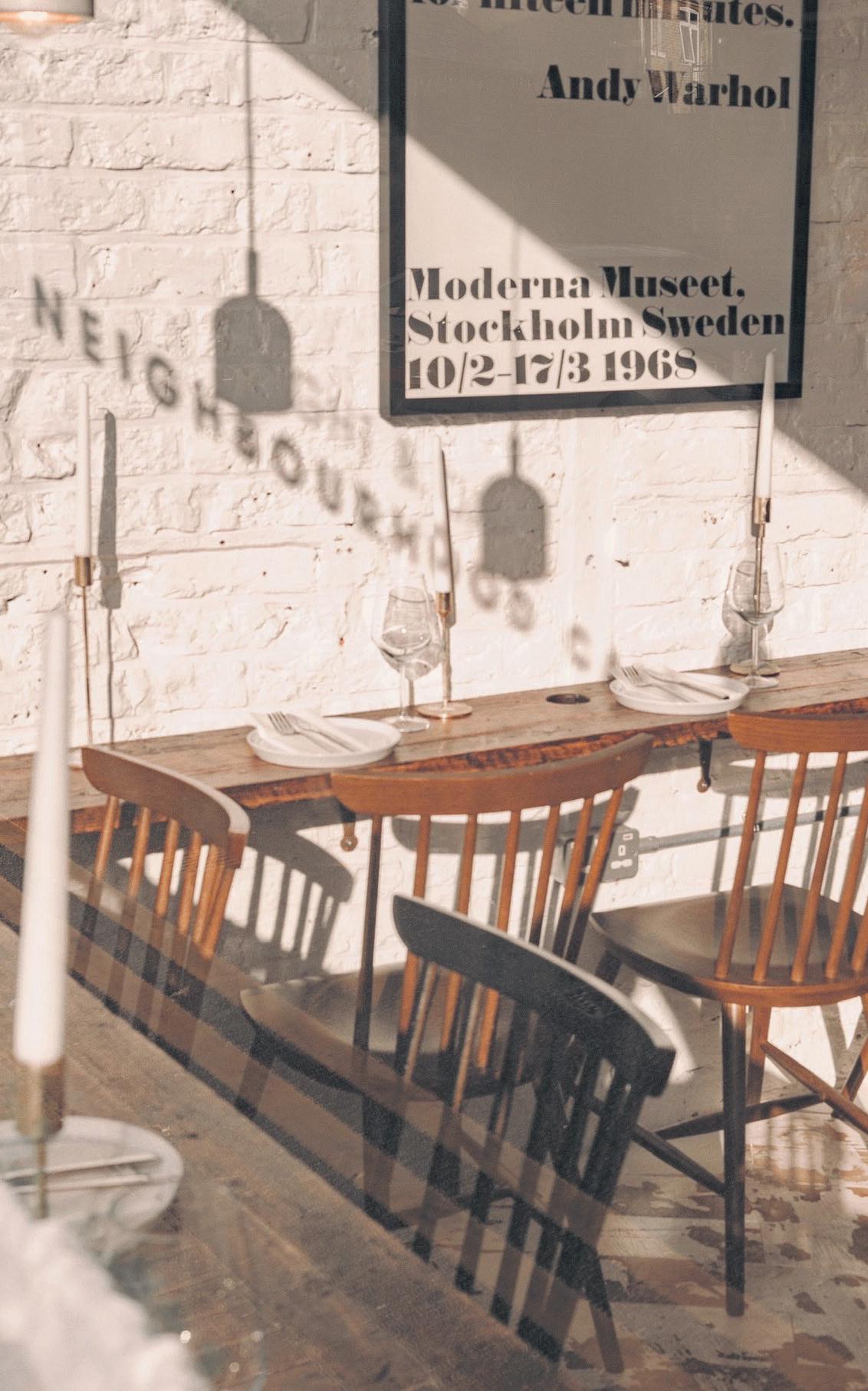 Turning the Table – an interview and recipe from Joe Hill 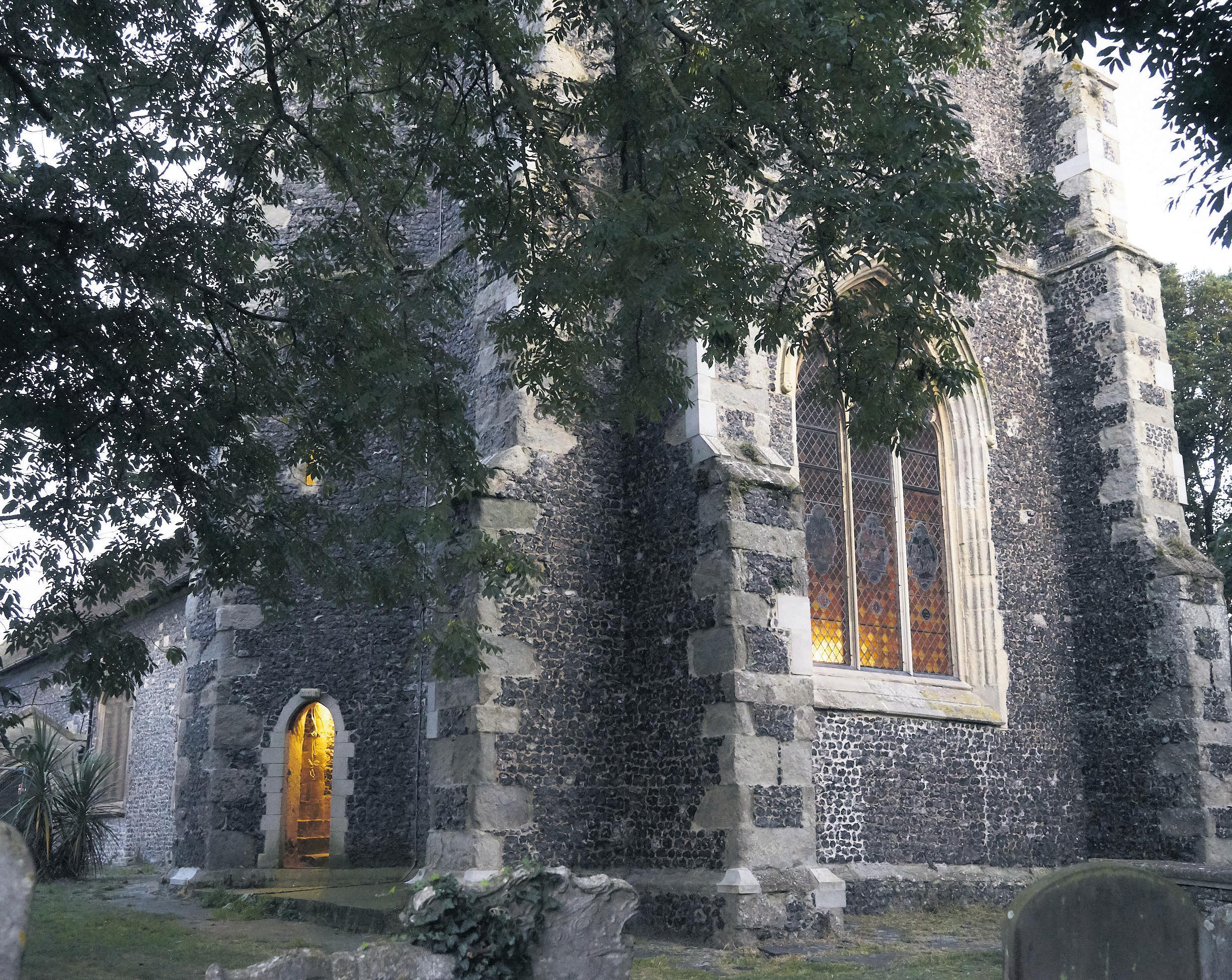 The bells of St Peter’s – Seb Reilly goes on 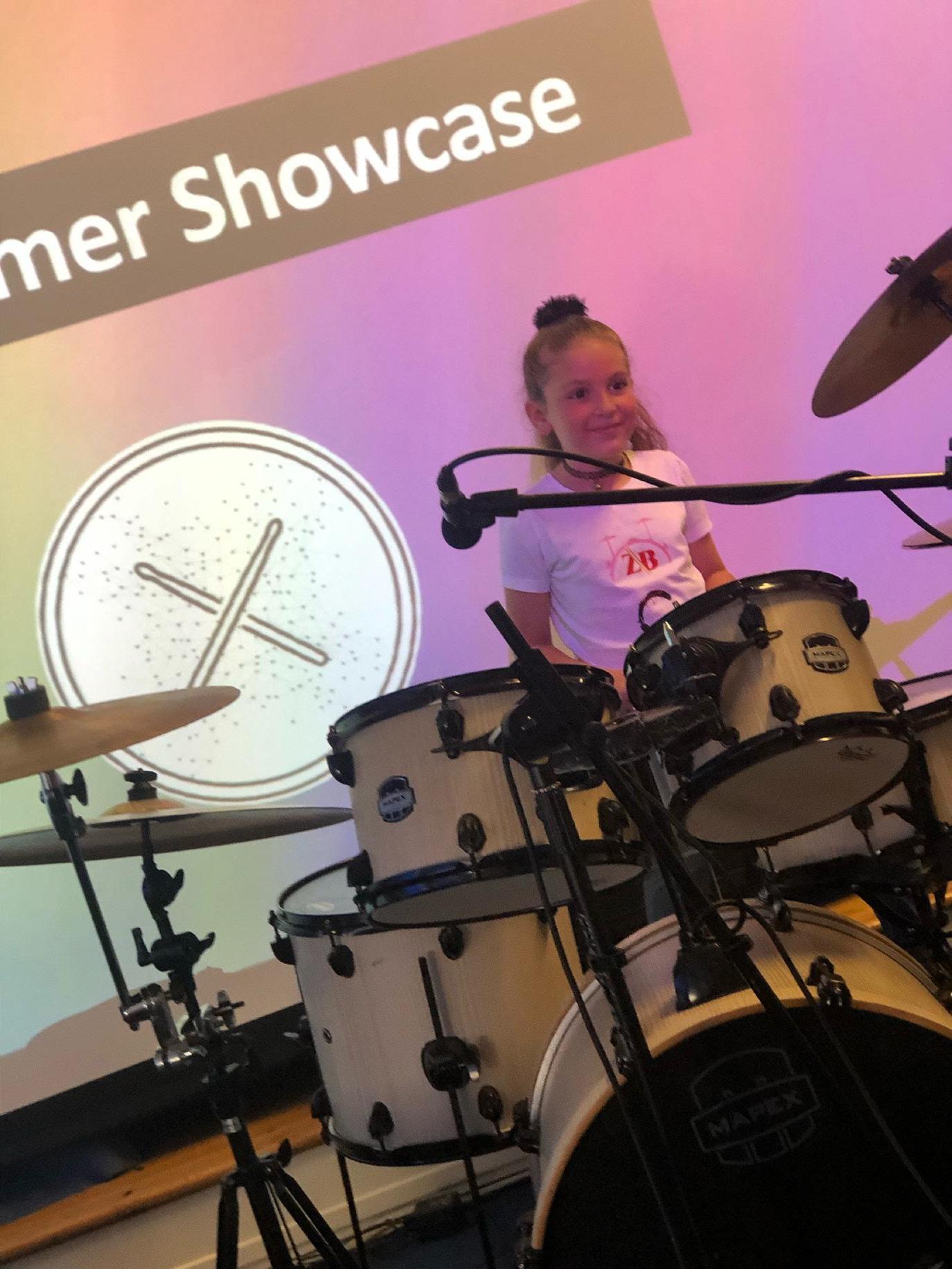 He’s got rhythm – Graham Smith on unlocking the different drummer 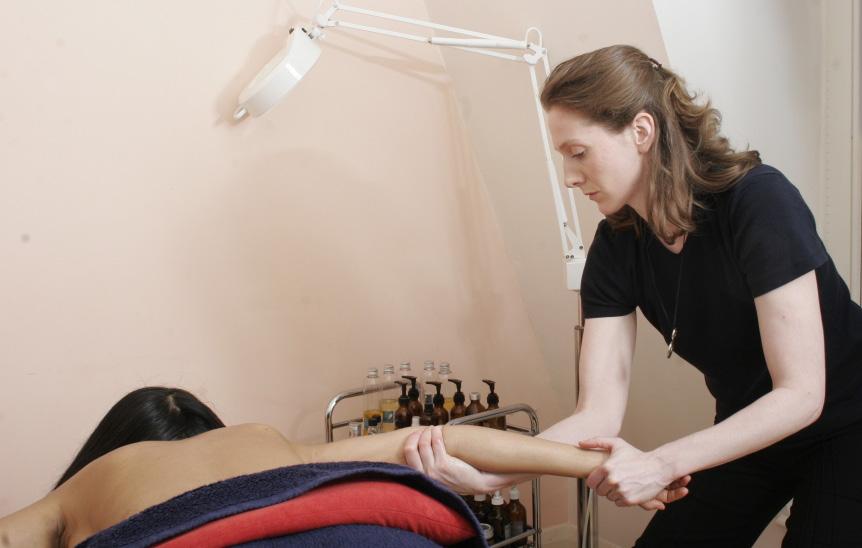 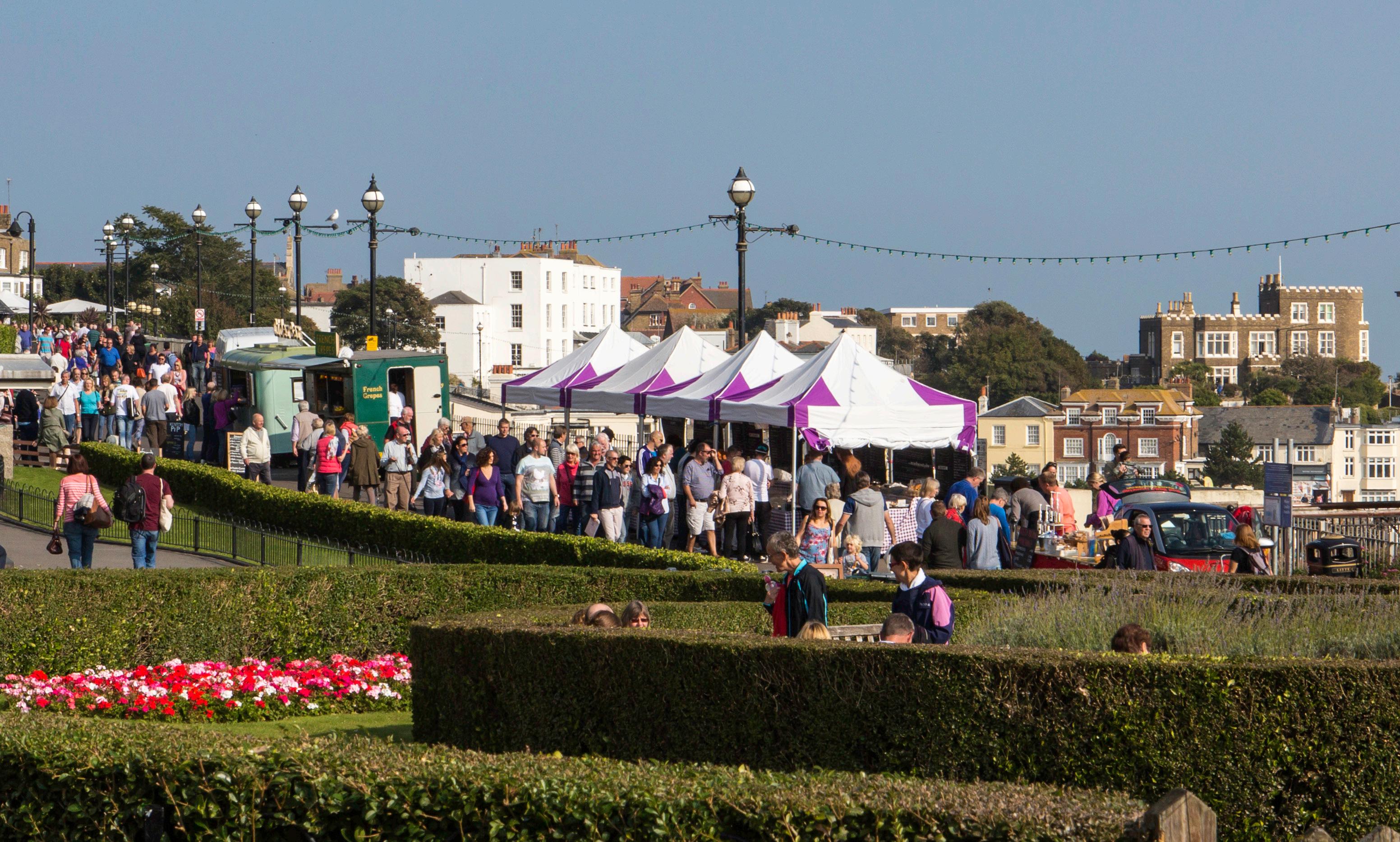 Food glorious food – a whole festival of it 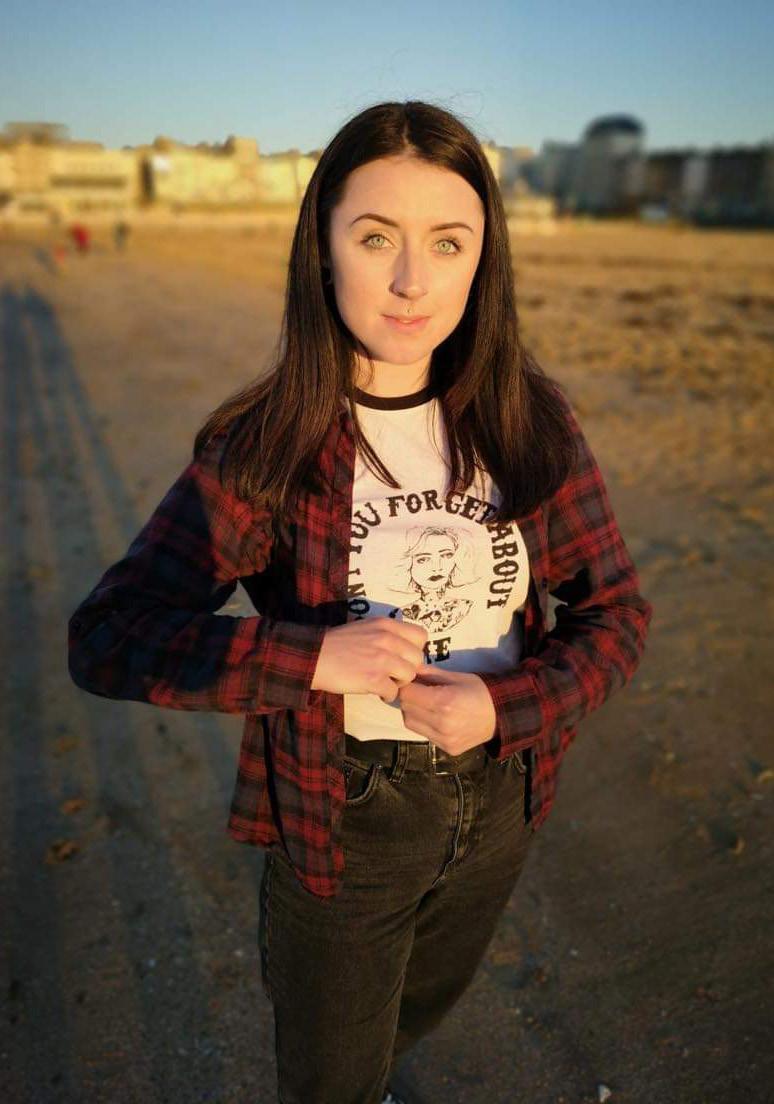 Something troubling you? – Ask Auntie Kirsty 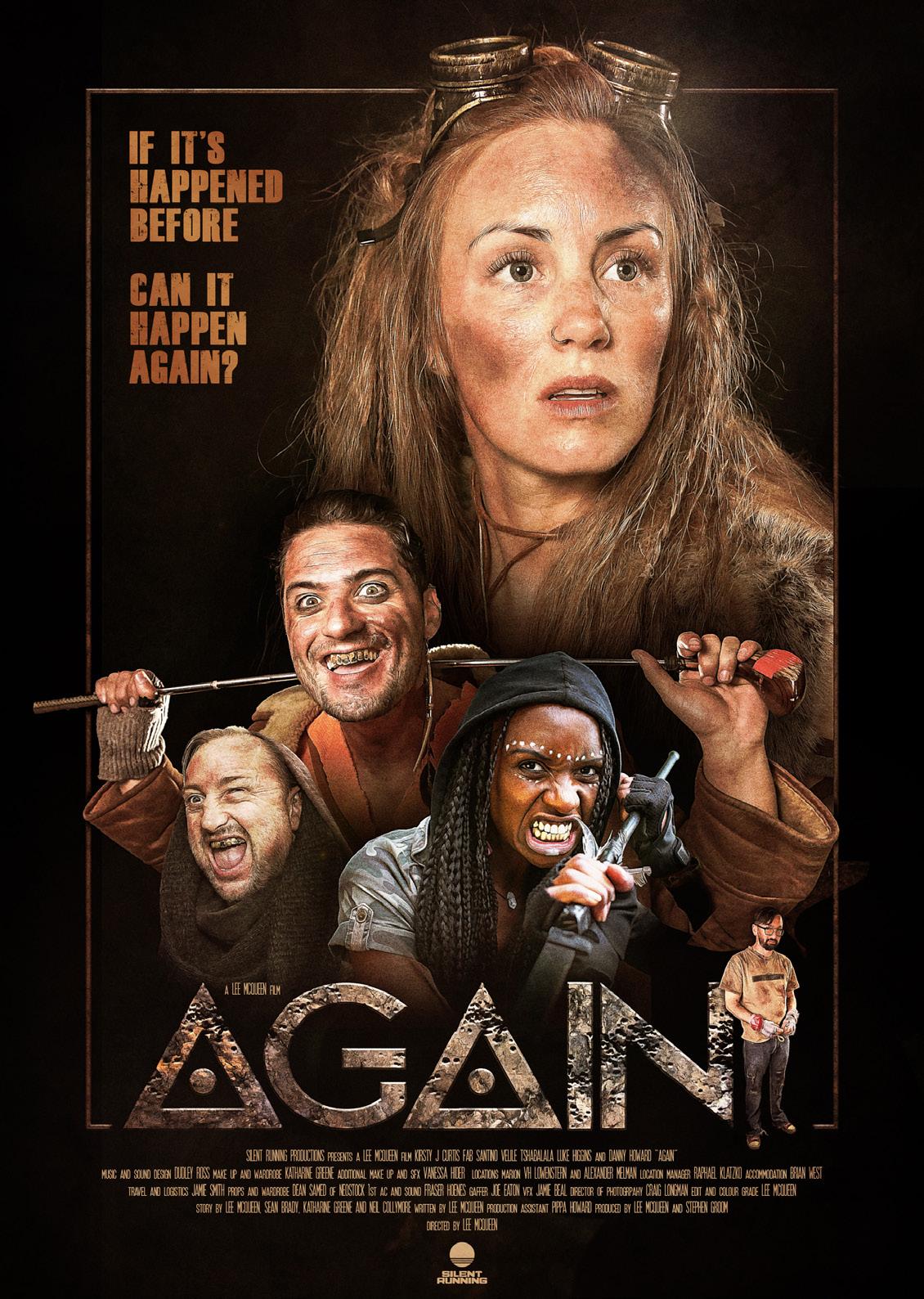 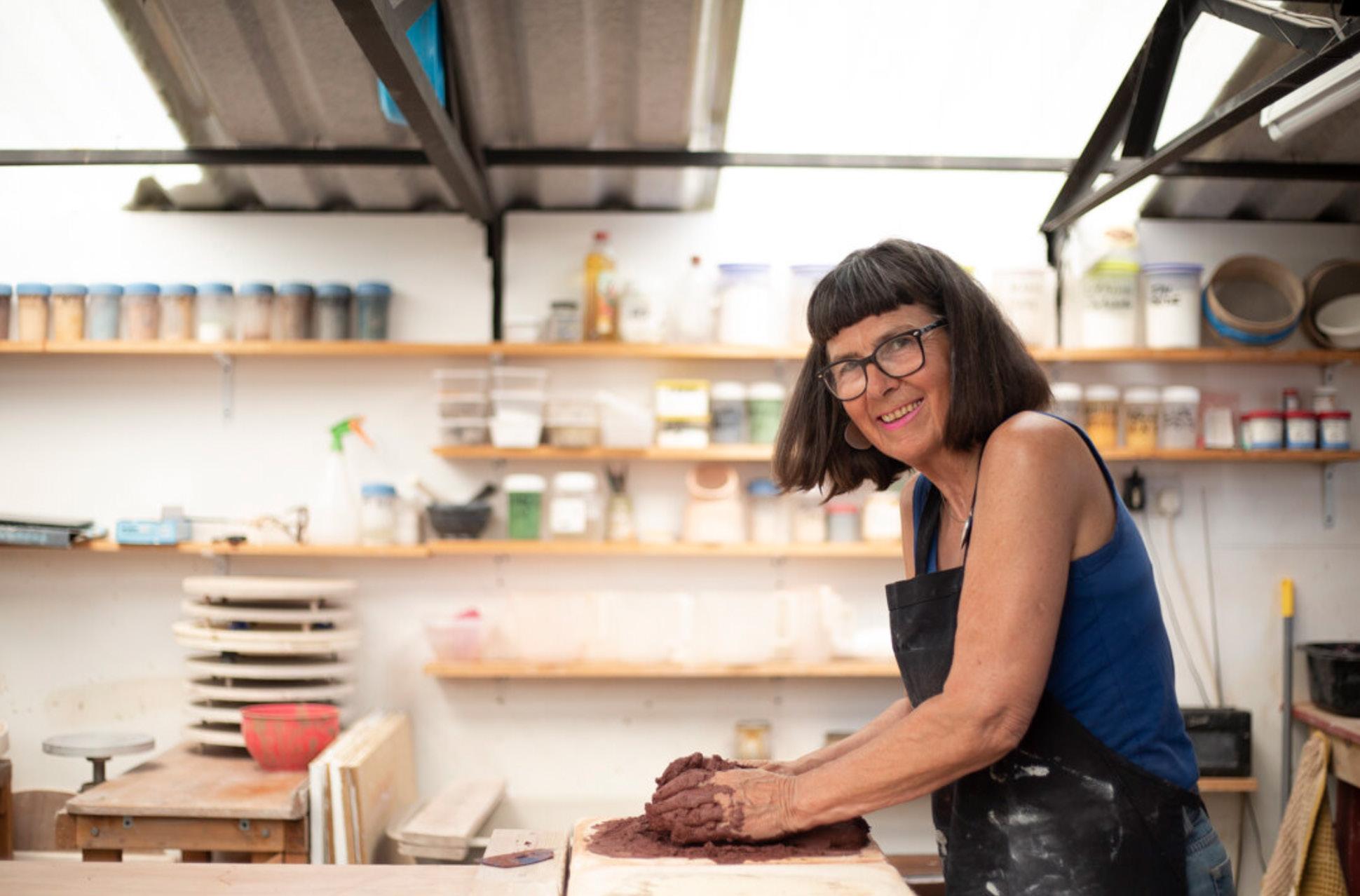 Inside story – ceramicist Vivienne Yankah on her work and its inspiration 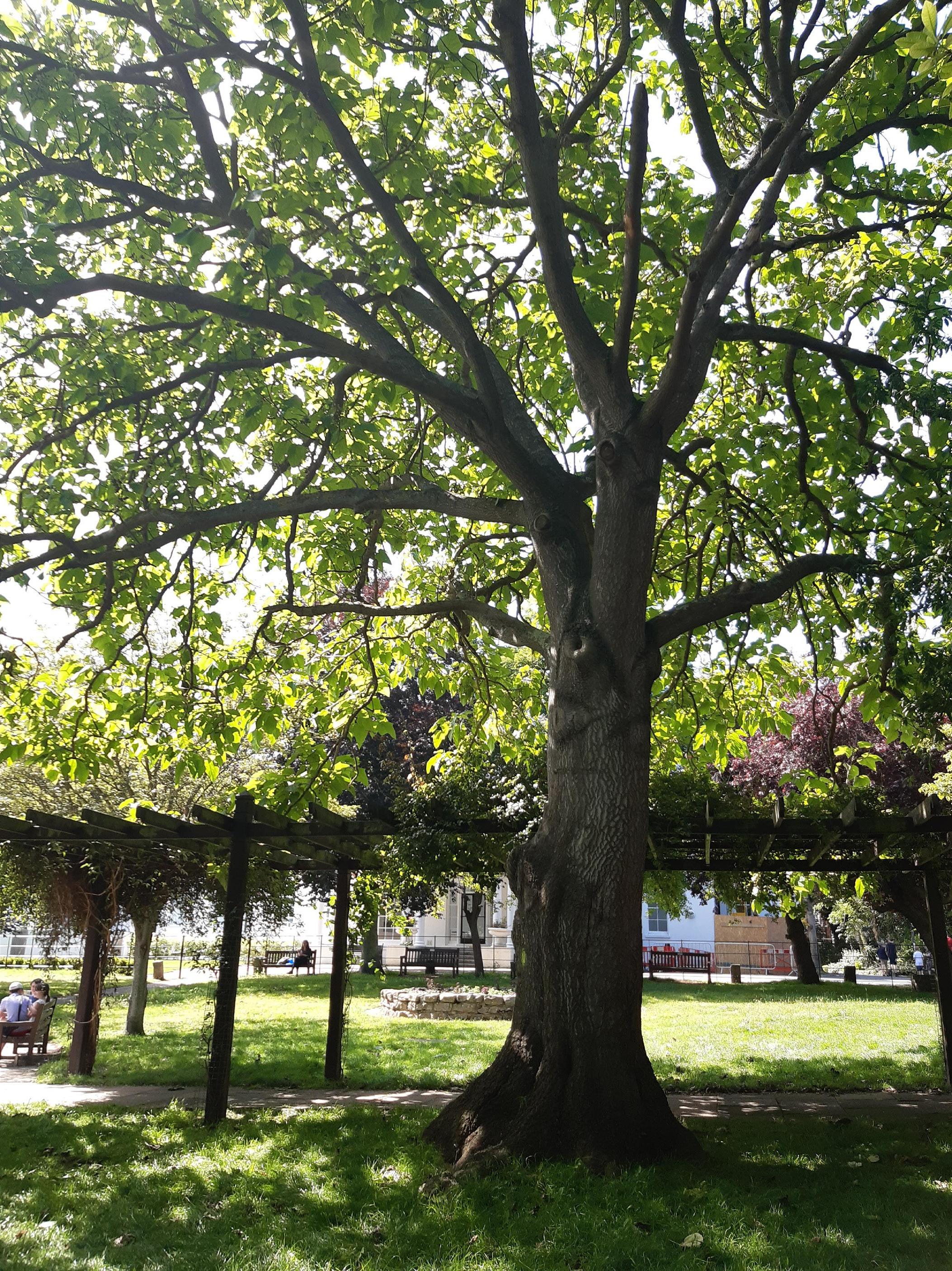 A stroll in the park – Andrew Nolan puts

professor at the university of Pennsylvania, on some linguistic quirks Your life is beautiful – poem by Setareh Ebrahimi