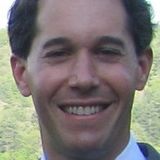 Prior to joining Delos Shipping, Brian Ladin worked as a partner at Bonanza Capital and Talisman Capital, where he helped generate over $100 million in profits. Ladin has also served on the boards of directors for a number of well-known companies, including Konig & Cie (2013-2016), Affinity Media (2007-2009), and Points International (2006-2008). Brian Ladin earned his Bachelor of Arts degree in Political Economy from Tulane University in 1995. He and his wife Rachel, as well as their two children, Alex and Brent, currently reside in Dallas.