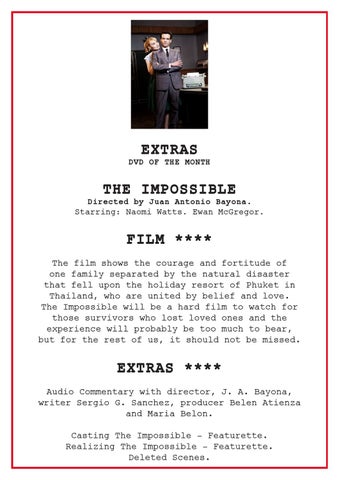 FILM **** The film shows the courage and fortitude of one family separated by the natural disaster that fell upon the holiday resort of Phuket in Thailand, who are united by belief and love. The Impossible will be a hard film to watch for those survivors who lost loved ones and the experience will probably be too much to bear, but for the rest of us, it should not be missed.