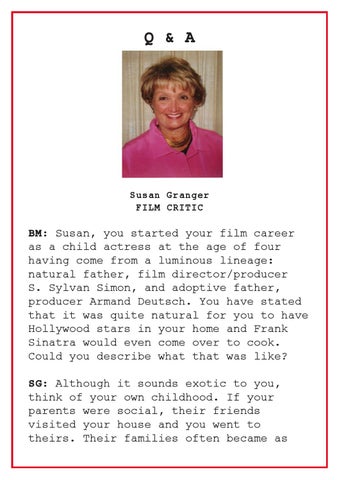 BM: Susan, you started your film career as a child actress at the age of four having come from a luminous lineage: natural father, film director/producer S. Sylvan Simon, and adoptive father, producer Armand Deutsch. You have stated that it was quite natural for you to have Hollywood stars in your home and Frank Sinatra would even come over to cook. Could you describe what that was like? SG: Although it sounds exotic to you, think of your own childhood. If your parents were social, their friends visited your house and you went to theirs. Their families often became as