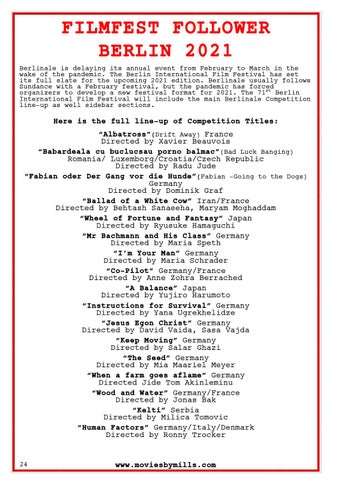 FILMFEST FOLLOWER BERLIN 2021 Berlinale is delaying its annual event from February to March in the wake of the pandemic. The Berlin International Film Festival has set its full slate for the upcoming 2021 edition. Berlinale usually follows Sundance with a February festival, but the pandemic has forced organizers to develop a new festival format for 2021. The 71st Berlin International Film Festival will include the main Berlinale Competition line-up as well sidebar sections.