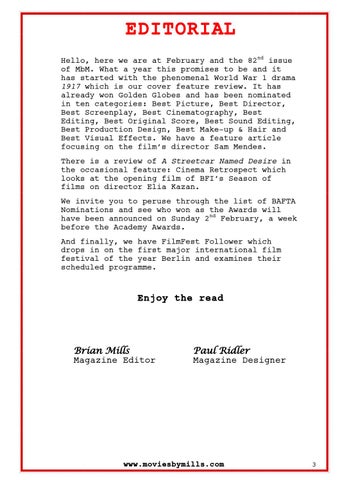 EDITORIAL Hello, here we are at February and the 82nd issue of MbM. What a year this promises to be and it has started with the phenomenal World War 1 drama 1917 which is our cover feature review. It has already won Golden Globes and has been nominated in ten categories: Best Picture, Best Director, Best Screenplay, Best Cinematography, Best Editing, Best Original Score, Best Sound Editing, Best Production Design, Best Make-up &amp; Hair and Best Visual Effects. We have a feature article focusing on the filmâ&amp;#x20AC;&amp;#x2122;s director Sam Mendes. There is a review of A Streetcar Named Desire in the occasional feature: Cinema Retrospect which looks at the opening film of BFIâ&amp;#x20AC;&amp;#x2122;s Season of films on director Elia Kazan. We invite you to peruse through the list of BAFTA Nominations and see who won as the Awards will have been announced on Sunday 2nd February, a week before the Academy Awards.

And finally, we have FilmFest Follower which drops in on the first major international film festival of the year Berlin and examines their scheduled programme. 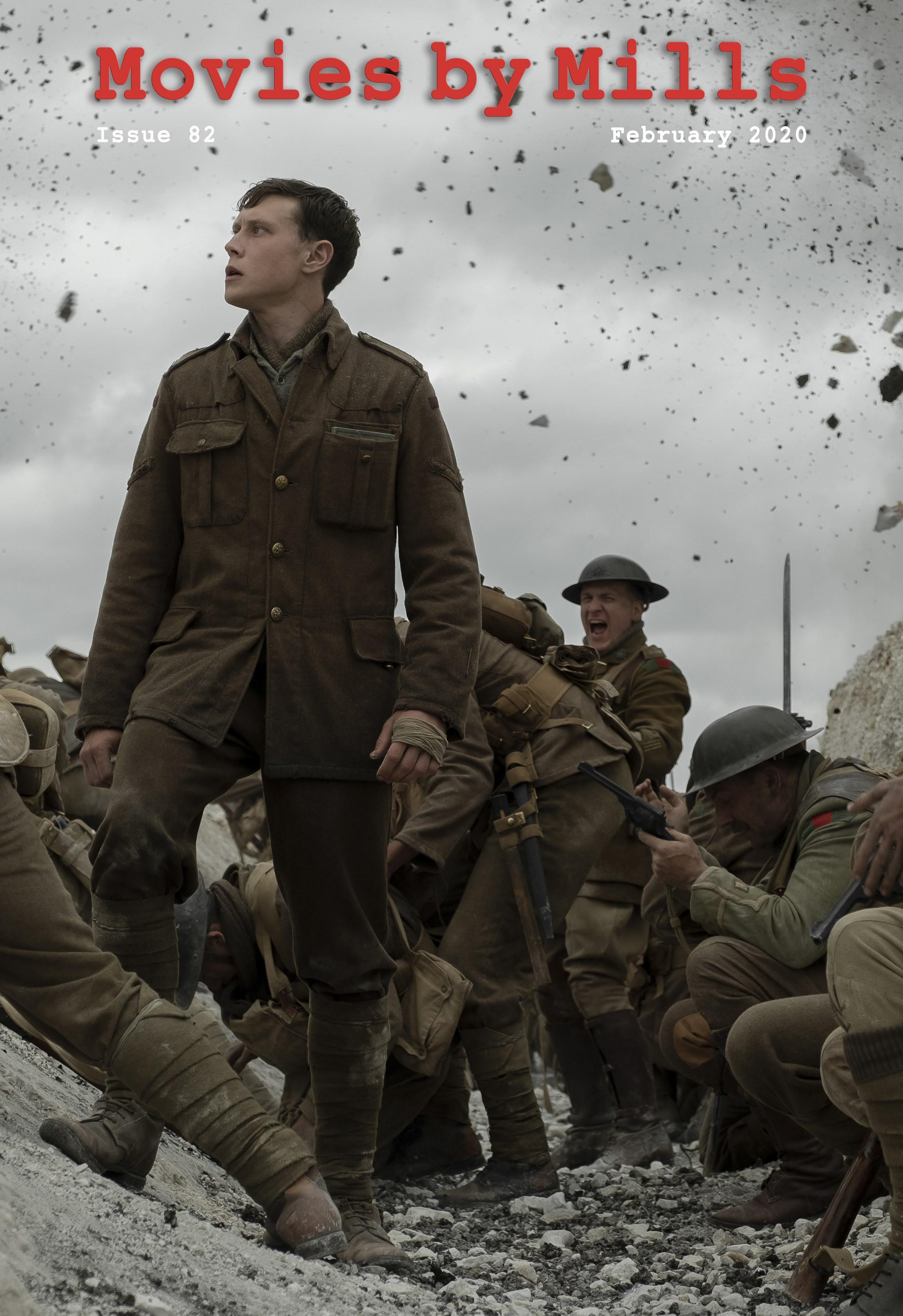