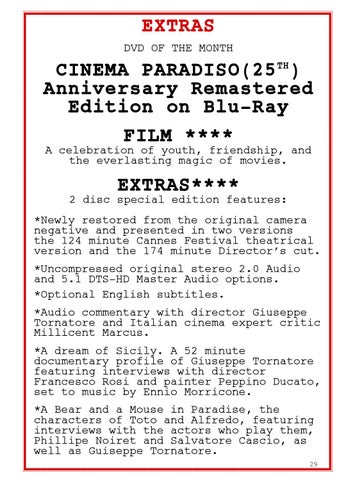 CINEMA PARADISO(25TH) Anniversary Remastered Edition on Blu-Ray FILM **** A celebration of youth, friendship, and the everlasting magic of movies.