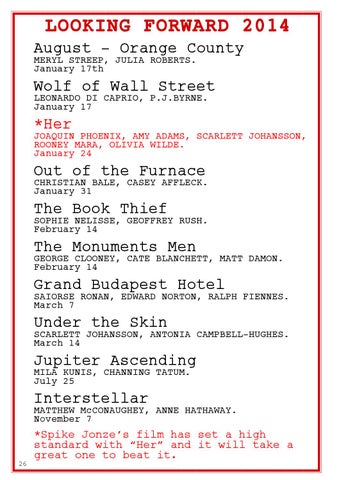 Out of the Furnace CHRISTIAN BALE, CASEY AFFLECK. January 31

*Spike Jonze’s film has set a high standard with “Her” and it will take a great one to beat it. 26