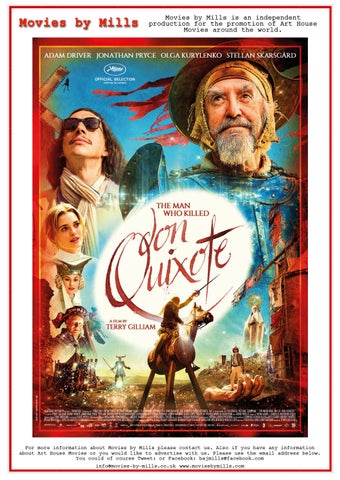 Movies by Mills is an independent production for the promotion of Art House Movies around the world.

For more information about Movies by Mills please contact us. Also if you have any information about Art House Movies or you would like to advertise with us. Please use the email address below. You could of course Tweet: or Facebook: bajmills@facebook.com info@movies-by-mills.co.uk www.moviesbymills.com