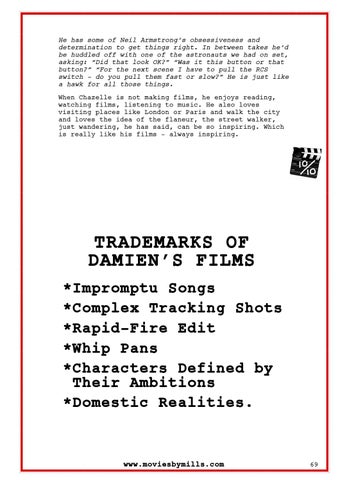 He has some of Neil Armstrong’s obsessiveness and determination to get things right. In between takes he’d be huddled off with one of the astronauts we had on set, asking: “Did that look OK?” “Was it this button or that button?” “For the next scene I have to pull the RCS switch – do you pull them fast or slow?” He is just like a hawk for all those things. When Chazelle is not making films, he enjoys reading, watching films, listening to music. He also loves visiting places like London or Paris and walk the city and loves the idea of the flaneur, the street walker, just wandering, he has said, can be so inspiring. Which is really like his films – always inspiring.