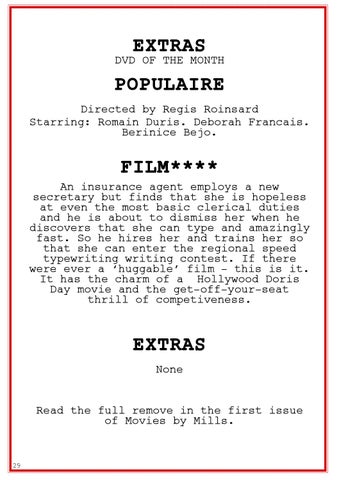 FILM**** An insurance agent employs a new secretary but finds that she is hopeless at even the most basic clerical duties and he is about to dismiss her when he discovers that she can type and amazingly fast. So he hires her and trains her so that she can enter the regional speed typewriting writing contest. If there were ever a ‘huggable’ film – this is it. It has the charm of a Hollywood Doris Day movie and the get-off-your-seat thrill of competiveness.

Read the full remove in the first issue of Movies by Mills.