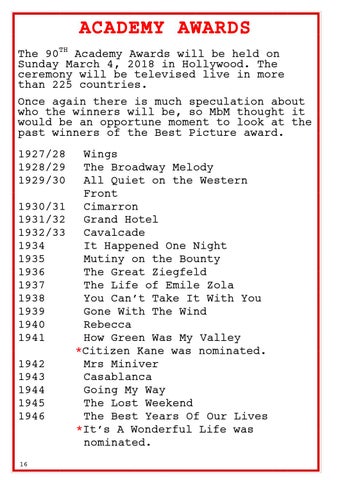 ACADEMY AWARDS The 90TH Academy Awards will be held on Sunday March 4, 2018 in Hollywood. The ceremony will be televised live in more than 225 countries. Once again there is much speculation about who the winners will be, so MbM thought it would be an opportune moment to look at the past winners of the Best Picture award. 1927/28 1928/29 1929/30