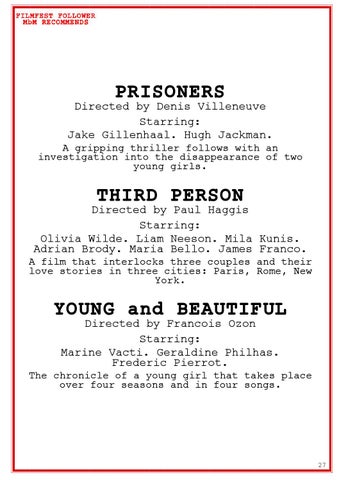 Directed by Denis Villeneuve Starring: Jake Gillenhaal. Hugh Jackman. A gripping thriller follows with an investigation into the disappearance of two young girls.

The chronicle of a young girl that takes place over four seasons and in four songs.