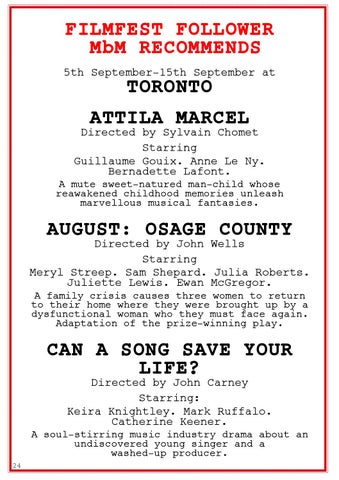 Directed by John Wells Starring Meryl Streep. Sam Shepard. Julia Roberts. Juliette Lewis. Ewan McGregor. A family crisis causes three women to return to their home where they were brought up by a dysfunctional woman who they must face again. Adaptation of the prize-winning play.

A soul-stirring music industry drama about an undiscovered young singer and a washed-up producer. 24