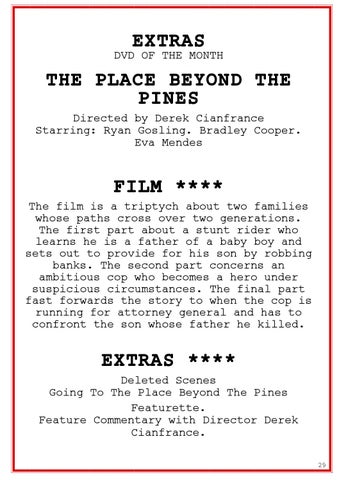 FILM **** The film is a triptych about two families whose paths cross over two generations. The first part about a stunt rider who learns he is a father of a baby boy and sets out to provide for his son by robbing banks. The second part concerns an ambitious cop who becomes a hero under suspicious circumstances. The final part fast forwards the story to when the cop is running for attorney general and has to confront the son whose father he killed.