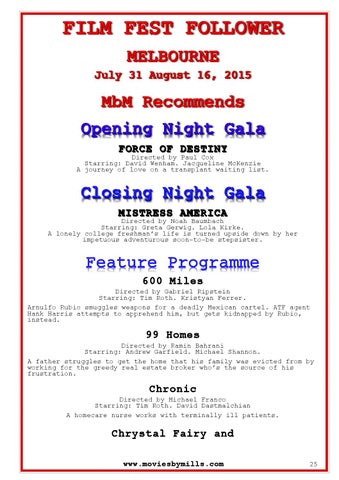 99 Homes Directed by Ramin Bahrani Starring: Andrew Garfield. Michael Shannon. A father struggles to get the home that his family was evicted from by working for the greedy real estate broker whoâ&#x20AC;&#x2122;s the source of his frustration.