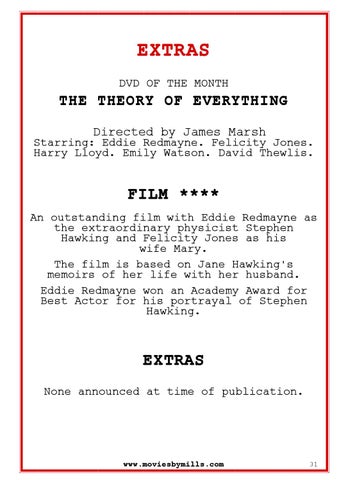 THE THEORY OF EVERYTHING Directed by James Marsh

FILM **** An outstanding film with Eddie Redmayne as the extraordinary physicist Stephen Hawking and Felicity Jones as his wife Mary. The film is based on Jane Hawking's memoirs of her life with her husband. Eddie Redmayne won an Academy Award for Best Actor for his portrayal of Stephen Hawking.

EXTRAS None announced at time of publication.