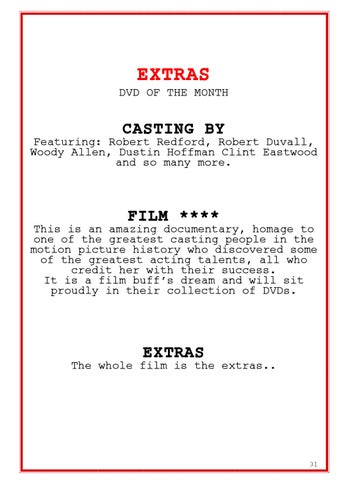 This is an amazing documentary, homage to one of the greatest casting people in the motion picture history who discovered some of the greatest acting talents, all who credit her with their success. It is a film buffâ&amp;#x20AC;&amp;#x2122;s dream and will sit proudly in their collection of DVDs.

The whole film is the extras..