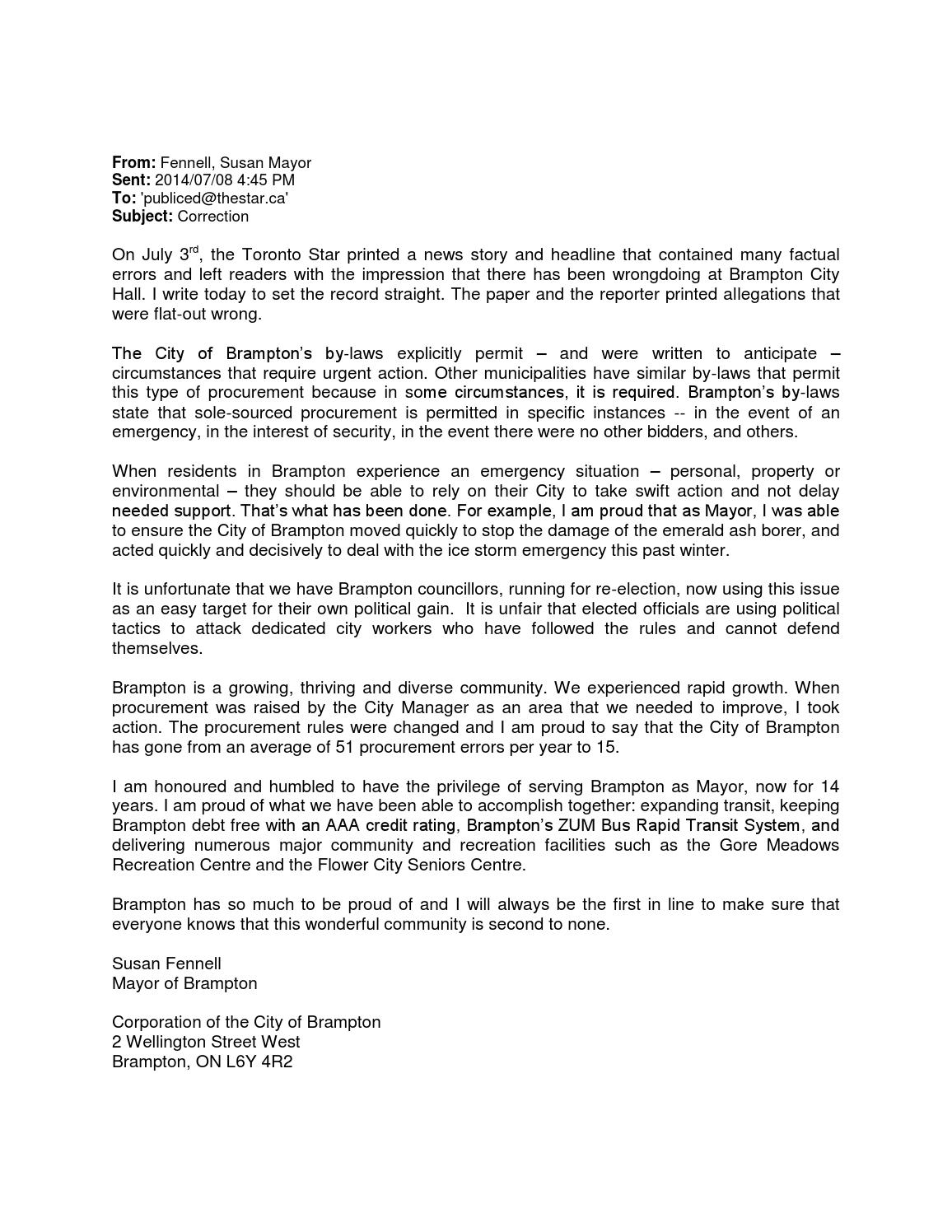 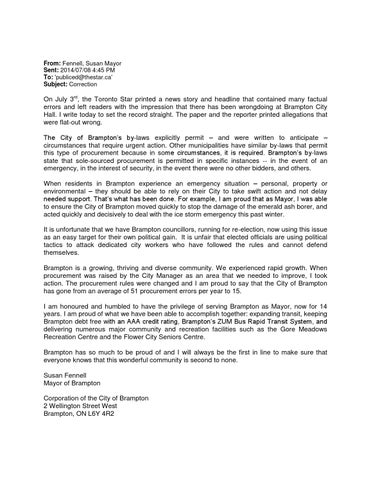 On July 3rd, the Toronto Star printed a news story and headline that contained many factual errors and left readers with the impression that there has been wrongdoing at Brampton City Hall. I write today to set the record straight. The paper and the reporter printed allegations that were flat-out wrong. The City of Brampton’s by-laws explicitly permit – and were written to anticipate – circumstances that require urgent action. Other municipalities have similar by-laws that permit this type of procurement because in some circumstances, it is required. Brampton’s by-laws state that sole-sourced procurement is permitted in specific instances -- in the event of an emergency, in the interest of security, in the event there were no other bidders, and others. When residents in Brampton experience an emergency situation – personal, property or environmental – they should be able to rely on their City to take swift action and not delay needed support. That’s what has been done. For example, I am proud that as Mayor, I was able to ensure the City of Brampton moved quickly to stop the damage of the emerald ash borer, and acted quickly and decisively to deal with the ice storm emergency this past winter. It is unfortunate that we have Brampton councillors, running for re-election, now using this issue as an easy target for their own political gain. It is unfair that elected officials are using political tactics to attack dedicated city workers who have followed the rules and cannot defend themselves. Brampton is a growing, thriving and diverse community. We experienced rapid growth. When procurement was raised by the City Manager as an area that we needed to improve, I took action. The procurement rules were changed and I am proud to say that the City of Brampton has gone from an average of 51 procurement errors per year to 15. I am honoured and humbled to have the privilege of serving Brampton as Mayor, now for 14 years. I am proud of what we have been able to accomplish together: expanding transit, keeping Brampton debt free with an AAA credit rating, Brampton’s ZUM Bus Rapid Transit System, and delivering numerous major community and recreation facilities such as the Gore Meadows Recreation Centre and the Flower City Seniors Centre. Brampton has so much to be proud of and I will always be the first in line to make sure that everyone knows that this wonderful community is second to none. Susan Fennell Mayor of Brampton Corporation of the City of Brampton 2 Wellington Street West Brampton, ON L6Y 4R2