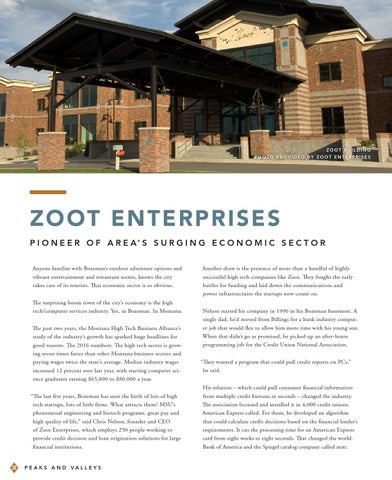 Another draw is the presence of more than a handful of highly successful high tech companies like Zoot. They fought the early battles for funding and laid down the communications and power infrastructures the startups now count on. Nelson started his company in 1990 in his Bozeman basement. A single dad, he’d moved from Billings for a bank industry computer job that would flex to allow him more time with his young son. When that didn’t go as promised, he picked up an after-hours programming job for the Credit Union National Association. “They wanted a program that could pull credit reports on PCs,” he said. His solution – which could pull consumer financial information from multiple credit bureaus in seconds – changed the industry. The association licensed and installed it in 4,000 credit unions. American Express called. For them, he developed an algorithm that could calculate credit decisions based on the financial lender’s requirements. It cut the processing time for an American Express card from eight weeks to eight seconds. That changed the world. Bank of America and the Spiegel catalog company called next. 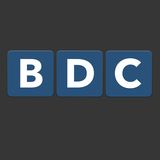