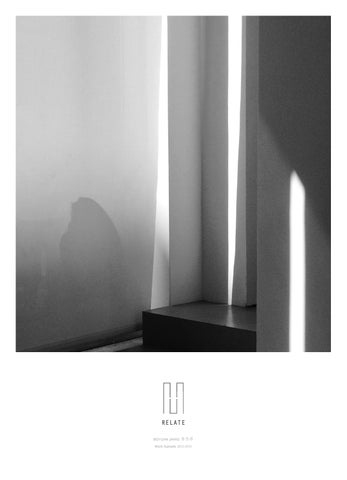 Resume I. Time as SamsÄ ra:

The Chinese University of Hong Kong

I. Time as SamsÄ ra:

I. Time as Samsāra: Mountain-Water Church

View of the the Congregation Hall

A Samsara of time The Mountain-Water Church was inspired by traditional Chinese philosophy in which mountain and water symbolize spiritual eternity. The design also adopted several key design methods of traditional Chinese garden to create intimate connections between the mortal human scale and the eternal nature. Time is an essential theme for the design. A continuous movement route was created as a spatial journey

of rediscovery, or in Buddhist term, ‘Samsara.’ Upon their arrival at the entrance, visitors will pass through an exterior pond and a cascade; and at the climax of the journey, they will rediscover in the main congregation hall a water surface at the altar, which flows out the building to form the cascade at the entrance. The start and the end are thus connected to complete a loop of time.

Concept drawing of mountain and water on the site

The spatial journey of rediscovery in the church

A journey through the church

View from the south entrance

A social-spatial psychology experiment The site, Douglass Housing, is a NYCHA managed public housing where numerous surveillance cameras, fences and warning signs are installed in public spaces. They indicate the managing bodyâ&#x20AC;&#x2122;s negative expectations toward the low-income residents. In Psychology, Pygmalion Effect proves that low expectation would only leads to worse behaviors. The Pygmalion pool was created as a communal space

in which the visitors are trusted, supported rather than monitored and prohibited. The pool is hanged above ground by thirteen towers containing multi-use spaces that could be temporarily locked as totally private realms; redefining the psychological identity of a public space and shifting the low expectations to a positive cycle to embark a sense of dignity within the community.

View of interior pool. The islands enclosed various scales and depths of water for different activities

A cyber collective-individual relation iBank is a fictional commercial and research institution providing online banking services. The technology advancement extends the boundary of banking far beyond the traditional spatial boundary of branch buildings and decentralizes the basic unit of banking to individual customers. The seemingly decentralized individuals are, however, all tied back to the network host located in iBank Headquarter.

The collective image of iBank is a â&#x20AC;&#x2DC;cloudâ&#x20AC;&#x2122; of individuals confined within a single volume. Pixelated kiosks where individual activities take place filled up the envelope. While the internet revolution has started to reveal its fundamental impact on human society, its influence on physical space is yet to be examined. The iBank is an exploration on the architectural potential to incorporate virtual community.

View of the ramp and kiosks

View of the Kiosks and ramp through the south facade

An adaptable infrastructure The Xs Campus for Corcoran College of Art and Design tried to test the tension between top-down urban integration strategy and bottom-up local involvements. Helping to protect D.C. from its flood risk, the design reintroduced water back into the city by an infrastructural waterway system named WET-LINE, along which the campus was developed as a new urban structure to endow an urban identity to the site.

The final design was a flexible strategy rather than a fixed scheme to create social and spatial possibilities which empowers spontaneous local involvement while restraining the architectâ&#x20AC;&#x2122;s power. The project tested the boundary of designersâ&#x20AC;&#x2122; role as a future planner. The design of Xs Campus would continue as long as the campus is being used, maintained, modified or demolished over time.

The WET-LINE waterway during normal days

Views of the Xs Campus

View of the library

The WET-LINE waterway during flood

The Xs campus being constructed and dismantled in different phases and conditions. The tension between the continuous FRAME as ‘X’ scale urban integration and local BUBBLE interventions as ‘s’ scale social involvements.

V. Redeem the Past:

V. Redeem the Past: Kanda Mountain

A revitalization of the old glory Japan has the highest elderly proportion in the world. The Japanese government is proposing to move 1 million elderlies to discrete rural areas to alleviate the nursing burden of Tokyo. Trying to oppose the governmentâ&#x20AC;&#x2122;s plan, the Kanda Mountain is a 7-mile long mega-structure to accommodate aged population at the center of the city. The project is composed of 11 mountains each with

a distinct theme responding to its immediate urban context. The design was extruded along the Kanda River, a half-abandoned, historically important waterway whose own history metaphorically resonates with the aging populationâ&#x20AC;&#x2122;s contemporary conditions. The design also provoked refreshing lifestyles where the elderly traditions could be respected again by mixing with existing urban energies.

Section of the eleven mountains drawn as a ByĹ?bu

View of the Knowledge Hills and the Kanda River

View of the Tameike Waterfall Onsen

A Community in the air By introducing communal outdoor gardens and galleries, and by blurring the boundary of private and shared, interior and exterior, the BREATHE Housing adopted shared public spaces to foster a sense of community and explored the physical and mental extension of each household unit. Three typologies were developed: the single-level featured courtyards growing from the central corridor; the double-level isolated

the living and dining spaces from resting spaces; the triple-floor transformed typical condo corridor to perimeter galleries and vertically split domestic functions into three levels. BREATHE highlighted the intention of achieving better life quality through the subtraction of spaces from typical modern housing blocks. It was an incubator for a healthier lifestyle with light, air and community.

View from the Major Deegan Expressway

View of the ground landscape

View of the corridor of single-level type

View of the living floor of the double-level type

View of the living floor of the triple-level

A symbiosis of artificial and natural Inspired by Buddhist theories, the Shade Temple was an experimental structure allowing visitors to experience the energy of its siteâ&#x20AC;&#x2122;s landscape. Nature and artificial structures were equally important in this project. The final design was a continuous charred wood screen to mark the spiritual moments on the site. The temple created a field that strengthened the existing siteâ&#x20AC;&#x2122;s natural power and the nature rendered

the screen with spiritual monumentality. The subtle balance of the two were crucial to the space. The constructed space should not replace nature but could carefully frame and guide nature. After all, there is no congenital division between human and nature, they construct each other: human are the evolutionary products of nature, and nature is the imaginary product of human.

Half-concealed view of the Hudson River from the pulpit

A faĂ§ade of forces The VW Center was an incubator landmark for startup and light industrial businesses in Brooklyn, New York. All floors were designed as column-free spaces with perimeter corridors to achieve maximum flexibility in fulfilling functional arrangements and rental divisions. Two giant trusses, three and two floors tall respectively, contained typical working spaces enabled such vision. They were exposed to the exterior

to constitute the most evident visual character of the buildingâ&#x20AC;&#x2122;s facades. A 28ft event floor sandwiched between the two trusses was enclosed by cable glass curtain walls on north and south elevations, which provided spectacular panorama view of the East River. The cables were tensioned by the two trusses, which transferred the loads of all above-ground floors to the foundation through the two cores. 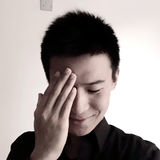