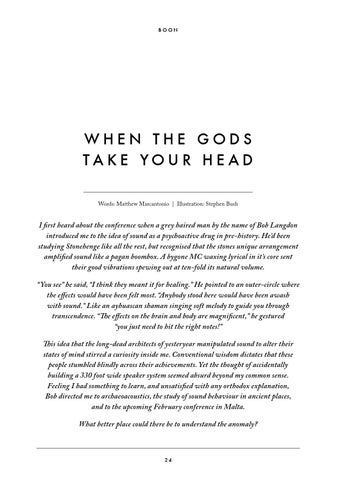 I first heard about the conference when a grey haired man by the name of Bob Langdon introduced me to the idea of sound as a psychoactive drug in pre-history. He’d been studying Stonehenge like all the rest, but recognised that the stones unique arrangement amplified sound like a pagan boombox. A bygone MC waxing lyrical in it’s core sent their good vibrations spewing out at ten-fold its natural volume. “ You see” he said, “I think they meant it for healing.” He pointed to an outer-circle where the effects would have been felt most. “Anybody stood here would have been awash with sound.” Like an ayhuascan shaman singing soft melody to guide you through transcendence. “The effects on the brain and body are magnificent,” he gestured “you just need to hit the right notes!” This idea that the long-dead architects of yesteryear manipulated sound to alter their states of mind stirred a curiosity inside me. Conventional wisdom dictates that these people stumbled blindly across their achievements. Yet the thought of accidentally building a 330 foot wide speaker system seemed absurd beyond my common sense. Feeling I had something to learn, and unsatisfied with any orthodox explanation, Bob directed me to archaeoacoustics, the study of sound behaviour in ancient places, and to the upcoming February conference in Malta. What better place could there be to understand the anomaly? 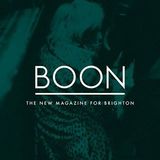