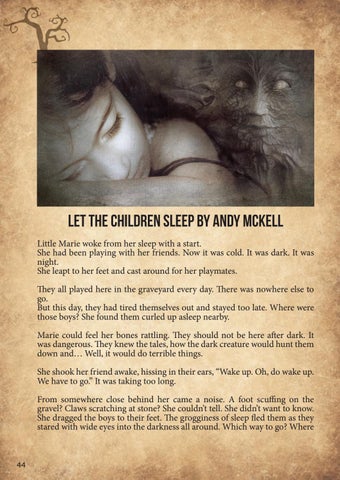 Let The Children Sleep by Andy McKell Little Marie woke from her sleep with a start. She had been playing with her friends. Now it was cold. It was dark. It was night. She leapt to her feet and cast around for her playmates. They all played here in the graveyard every day. There was nowhere else to go. But this day, they had tired themselves out and stayed too late. Where were those boys? She found them curled up asleep nearby. Marie could feel her bones rattling. They should not be here after dark. It was dangerous. They knew the tales, how the dark creature would hunt them down and… Well, it would do terrible things. She shook her friend awake, hissing in their ears, “Wake up. Oh, do wake up. We have to go.” It was taking too long. From somewhere close behind her came a noise. A foot scuffing on the gravel? Claws scratching at stone? She couldn’t tell. She didn’t want to know. She dragged the boys to their feet. The grogginess of sleep fled them as they stared with wide eyes into the darkness all around. Which way to go? Where 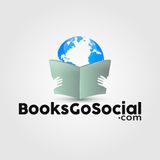