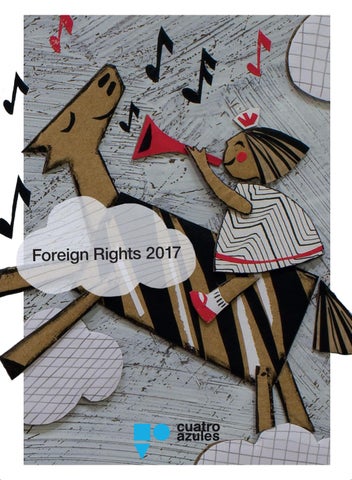 CUATRO AZULES We give birth books We bring stories to light. Stories of children and animals. Of unknown bugs and extraordinary beings. Animals sometimes talk, sometimes they do not. We give birth books created by writers and illustrators. We bring them out in the street, we put them in the move with the hope that on the way they will meet other children who will perhaps decide to take them home.

THE MASTER OF SLEEP

Lucia tells her doll: What about the dream that some�mes it does not arrive when it has to arrive? The doll has an explana�on: The Master of Sleep has many things to do ... come and go to children's beds, to cribs, to strollers ... He has to work at night and during siesta ... He has to create silence and listen to the lullabies... The naive text by Marta Rodríguez Bosch and the vibrant illustra�ons by Noemí Villamuza in daring blacks and blues give this book a mysterious and poe�c atmosphere that goes beyond a book to go to sleep.

FROM END TO END

From a zoom, the narrator goes through the sensa�ons, noises, and colors that tell us about the war. The gaze of the illustrator further enriches the text by making this local war a universal war. From the �p of a star drawn on a stamp, we ﬂew to the �p of a star in an eastern sky, and under the sky there’s a dead soldier. Scenarios of noise and odors of war built with masses of paint and traces make recognizable what we read and see each day on the news.

> The Madrid Booksellers Guild awarded From end to end the Illustrated Album Award in 2010.

This is the story of a mystery starring an apparently naive bookshop dog and a very popular mouse. Only the most a�en�ve reader will follow the clues that the author has placed throughout the brief, but intense, plot. Amazing phone calls, challenges and doubts are the ingredients that are hidden in this li�le book aimed at children without fear of unexpected endings. The author of the text and illustra�ons, Antonio Santos, winner of the second Na�onal illustra�on Prize in 2004, proposes a clean and simple book in which expressivity and humor predominates. Using a language reminiscent of the comic and the empha�city of the cut paper on white backgrounds, Antonio Santos builds a story that invites to imagine. A book that creates intrigue and forces you to get to the last page. Why will it be?

A child contemplates how his grandfather is growing old in a place which is not his house, remembering what he le� behind: love, work, nature and, especially, the loss of his village, ﬂooded by the construc�on of a swamp. Old age and childhood meet when grandpa makes a legacy to the child: a handful of a missing land that he always kept with him. A celebrated author such as Llamazares, knows how to ﬁnd the right tone to address younger readers and explain diﬃcult issues such as old age and loss.

One Sunday a�ernoon in early fall, while in the co�age a family takes a nap, a boy and his sister leave home without telling anyone. The brother is older and walks fast, but her sister needs to take a break along the way. When they ﬁnally stop to take their breath, something happens in the woods, an experience that will change their way to see the world ... When they get home no one has no�ced of their absence and they will keep the secret for ever.

Caminaditos is a book of poems by María Cris�na Ramos (La�n American SM Children's Literature Award in 2016) that tells us about creatures that walk the world with diﬀerent musical rhythms. These are small stories, developed in an instant, a�er which many others are intuited. A moment in the walk of dogs, bugs, parrots, snakes and Juanitos... Brief, sonorous humorous verses and, in the background, a loving look at everything that moves towards life.

> Elisa Arguilé, Spanish Na�onal Award for illustra�on 2008, has illustrated this book with tenderness and irony.

In a town where all its inhabitants can ﬂy, José works proving the horns that the spectators take to the soccer matches. One day, a ﬂying horse transforms one of these horns into a trumpet, and from that time on, Hada, José's daughter, will begin to play and will become a jazz star. This story talks about the value of art and music, and the importance of growing up following our own path, becoming whatever we want to become. Eleonora Arroyo puts melody on her collages with only three notes: red, white and black.. 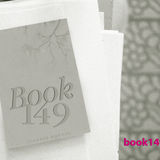