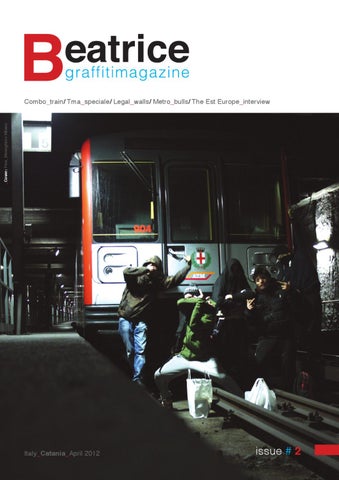 -Hello! Tell us something about the graffitiâ&#x20AC;&#x2122;s history around the east Europe and its evolution during the years. Concerning inscriptions on walls round east Europe I can tell only that graffiti grows with a geometrical progression. All has begun about 15 years ago and for last years 7 has got serious character. Trshr TPHK (Odessa, Ukraine) -What do you think about the present graffiti scene in the East countries? That I do not think, all draw all cool) Audy ATAS (Saint-Petersburg, Russia) -What does the institutions think about the East Europe of graffiti? it is difficult paint, and is more difficult paint the train. Its different,but nothing special happens nowadays i mean in Ukraine especially. Activity falls down in big old crews and this gives rising of new young.But its not bad cause they develop very fast. In Russia much more better situation.Old crews getting stronger and its gives rising of brand new talent writers.And all of this stuff entered Europe and whole world. Belorussia in general, as always.I even dont know about situation there in details.There are few main crews there and they are doing something in graffiti sometimes. That way I can describe the situation in general. Steor FRB SKR (Odessa, Ukraine) -Tell us in a few lines about yourself and your friends. How, when and why did you start to paint. D2 and 56 start writing approximately equally from the end 90. Approximately from 1998 and we have made the first trains in 2001. Guys from D2 did in 2000. About graffiti have learned from the acquaintance on the senior classes. Often happened abroad, having seen there a

considerable quantity of graffiti it has been fascinated and on arrival home took cans from father garage and has gone to draw took me and the friend on what to look behind security. My friend it was so pleasant to me that we with it have decided to save up money for a paint and to do seen only the hands. And our drawing has begun, only here familiar shown to all of us it already has started to be fond of other things. Kvadrat D2 56 (Moskow, Russia) - Post this if you post picture with girl in the winter!!!!!!!!I have started to draw in the beginning 2009 winter, because the friend drew. It has interested me has decided to try too. Influence of graffiti has appeared for me narcotic I continue to be engaged in it and to this day having replaced priorities of surfaces a little if all began with walls now it in the majority of a trains. Mary (Moskow, Russia) -We have to finish, now you can give your regards, make advices or reflections if you want. My council younger writers only to respect seniors of their opinion and to behave together with them. To try to draw as a hobby and a maximum for friends instead of for what or another. And to try to take all from the head, instead of from videos and magazines. Magu SAR (Moskow, Russia) 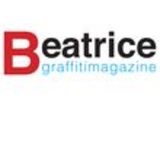