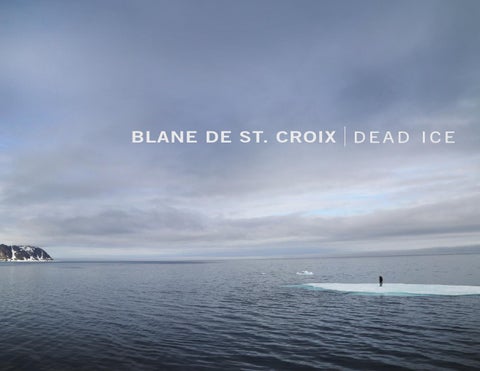 Blane De St. Croix has grounded his artistic practice on a solid foundation of research that situates his work between the discourses of art, cultural geography, and ecology. Over the past decade De St. Croix has appropriated the landscape – the traditional purview of painting – for a sculptural statement. He utilizes the landscape for presenting significant issues that are shaping current social and political affairs. The artist selects locations that serve as flashpoints and through his strategy of dis-location heightens their polemical nature with dialectical contrasts of exterior and interior, monumental and miniature, artifice and reality, subject and object. Extending the dialogue with nature initiated by Land Art in the 1960s, De St. Croix also reaches back to the traditional role of artist-explorer, while participating in the contemporary conversation on the cultural landscape as a social signifier.

De St. Croix produced his recent body of work after an extended period of research and exploration of the Arctic Circle. Recognizing its critical condition with global warming, the artist scheduled a research expedition to explore the land himself by foot, sea and air. Beyond the anticipated spectacular sublimity of the vast frozen tundra, De St. Croix recalls that the actual visual experience was disorienting. Visiting in the summer, when the sun does not set, it possesses a peculiar glow, breaking through the continual cloud cover in an eerie tone that distorts distances and can be deceptively brighter at midnight than at noon. He was equally intrigued by the way the Arctic terrain naturally creates a mirage, a polar Fata Morgana, shifting between deep space and flat image. The artist learned from the scientists that they consider glaciers “living organisms” that function organically, growing and moving across the polar-regions through a life cycle that extends for as long as

the climactic conditions support it. As the glaciers move they collect sediments and debris that are eventually shed from the glaciers fringe becoming dead ice, destined to dissolve into the sea. The artist recognized that the metaphor of Dead Ice served as a barometer of the ecological and political forces shaping this borderless territory. De St. Croix renders his experience through the monumentality of his installation that assaults the viewer with the impression of the sublime enormity of glaciers. He then contradicts this impression with the simultaneous recognition that this external land mass, situated within the white box of the gallery is, of course, a miniaturization, an artifice of the actual. Through his intricate surface details, the artist draws the viewer into the work, seducing the eye with the painstaking technical proficiency of the illusion. The opposites of artifice and reality prompt the parallel confrontation between the art object and its politically-charged subject, Dead Ice. The continual disjunction of perspective, sublime scale, intimate seduction, the physical object and the challenging subject allows the artistâ&amp;#x20AC;&amp;#x2122;s installation to function as an open work of art, with richly nuanced transitions between the provocative sensuality of the visual object and its subject. De St. Croix also created a series of collages that function on a parallel plane to the installation. The artist conceives of the collages as rerenderings of his exploration that engage the physical attributes of the arctic landscape in complex interplays of perspective and scale. The source materials are photographs taken from his research expedition and consist of a combination of aerial, ground and direct views of glaciers.

Working from the photographs, the artist draws the landscape formations in ink. These drawings are digitally output as archival prints, which he shreds. De St. Croix then re-constructs the torn fragments drawings collaging them into landscapes, drawing over the image in ink to emphasize the textures and shifting perspectives. The collages take on a sculptural quality with their physical layers and the illusion created by the varying points of view. From a distance the collages read as a glacial landscape, but closer inspection reveals the multiple shifts in point of view, surface, distance and depth that adds tremendous visual tension. De St. Croix’s strategy is what Robert Smithson described as a “dis-location.” Smithson and other early Land Artists, were interested in establishing the relationship between the exterior and the interior, between nature and the gallery, in their works. They were often attracted to “sites that had been in some way disrupted or pulverized…. a denaturalization rather than built up scenic beauty,” as is De St. Croix. From here De St. Croix departs from the language of early Land Art. First of all he is appropriating a subject, the “landscape,” from its traditional medium of painting, and transfiguring it into sculptural form. As Simon Schama reminds us in his Landscape and Memory (1995), there is a “difference between earth and landscape.” The Oxford English Dictionary defines the word landscape as “a picture of natural scenery.” The concept of landscape is defined by its pictorial depiction and is, therefore, linked to image memory. In his art works De St. Croix adds to the dialectic by contrasting his illusionistic rendering of the physical object with its image construct. To heighten the image memory metaphor, in his Dead Ice exhibition De St. Croix selected a “landscape” that the vast majority of people have never actually seen and know only through images and through the scientific-social debate raging around the melting ice caps. De St. Croix’s appropriation of a pictorial language begs reference to romantic landscape painters. Like the eighteenth and nineteenth century landscapists, De St. Croix employs scale and perspective to generate catharsis for the viewer with landscape, employing both the sublime awe and the picturesque detail. The artist appreciates that the romantic landscape painters, like Frederic E. Church and Joseph M.W. Turner, explored the actual sites of their paintings, sometimes venturing

into remote or precarious places such as the Arctic, the Alps, and South America in the nineteenth century. However, unlike the romantics, De St. Croix does not impose a pantheistic or nationalist ideology onto the subject. Instead, he participates in new thinking about conveying our cultural, political and biological relationship with the land. Yes, the work of past painters, photographers and printmakers of the landscape and nature were inextricably linked with human social memory, identity and sense of place. But the discourse on landscape has changed over the past twenty years. The concept of the landscape as a bearer of cultural values has received greater credence in recent research spawning new fields of inquiry among cultural historians, cultural geographers, and environmental ecologists. These disciplines now accept the landscape as the sites where “human interaction with natural systems has, over a long time, formed a distinctive landscape” and that this interaction is a vital component of their scientific research. This relationship is symbiotic. As the World Cultural Heritage (UNESCO) organization states, “These interactions [between humans and nature] arise from, and cause, cultural values to develop.” Schama clarifies that these values embedded in “landscape… is an organizing concept, a grid work imposed by society to order nature,” and that “memories have formed our perception of landscape.” As contemporary cultural geographers have concluded, the idea of landscape is not only formed by imposing our memory and values onto the land, our encounter with the nature-scape, physically and metaphorically, also informs our cultural values. It is this dialectical inversion that De St. Croix strategically employs in his installations of natural sites that portend uncertain futures. In an era of accelerated melting of

the polar ice caps, the metaphor of Dead Ice bears an obvious message to an ecologically sensitive artist or audience. However, De St. Croix does not attempt to dogmatically impose meaning for the viewer, but simply to provide the evidence of his research. He multiplies the information contained by introducing elements of Arctic history, exploration, and science. By objectively offering his artwork and research, without propagandizing a political perspective, he encourages the viewer to consider the potential meanings of the subject. De St. Croix has seized on the metaphorical significance of other charged cultural landscapes in his past work. In “Borders” the artist has identified some of the most explosive sites where differing cultures and economies clash. In these installations he has created compelling nature-scapes that evoke the host of problems that exist in these places. The surfaces have a tactile quality that draws one visually into the landscape. He assiduously traveled and researched the Mexican-American border for his project, Broken Landscape (2009, 2010, 2013). And, he recreated a mountaintop from a strip mining operation, Mountain Strip (2010), which completely dominated the gallery space stretching from its interior to the exterior. In these projects, De St. Croix imaginatively presents the facts of the site in compelling physical form.

A number of contemporary artists have deployed the landscape as a bearer of cultural meanings, including Anselm Kiefer, who produces landscapes as vehicles for conveying the dark histories and myths of inhumanity. Unlike, Kiefer, De St. Croix presents the landscape as the object of humanity’s attempts to impose its will on nature. Despite the futility of this desire, as De St. Croix reminds us, mankind persists, and nature simply ignores us.

Joseph D. Ketner II is the Henry and Lois Foster Chair in Contemporary Art, Distinguished Curator-in-Residence, at Emerson College, Boston. He was the chief curator of the Milwaukee Art Museum; director of the Rose Art Museum, Brandeis University; and director of the Washington University Gallery of Art, St. Louis (now the Mildred Kemper Museum). Over the past decade Ketner has curated a number of exhibitions including Andy Warhol: The Last Decade at the Brooklyn Museum of Art (2009-2010), and Aldo Tambellini: We are the primitives of a new era at James Cohan Gallery (2013). He is presently preparing a publication on Zero and the New Tendencies in Postwar European Art.

De St. Croix has been the recipient of numerous grants and awards. Select awards include: The John Simon Guggenheim Memorial Foundation Fellowship; The Joan Mitchell Foundation Grant for Painters and Sculptors; The Pollock Krasner Foundation Grant; The West Collection Prize; The MassArt Alumni Award for Outstanding Creative Accomplishment; and a National Endowment for the Arts Fellowship in Sculpture.

Opposite: Arctic Shoreline, 2014 acrylic paint and ink on paper and digital archival prints on canvas 83” x 77” 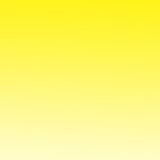