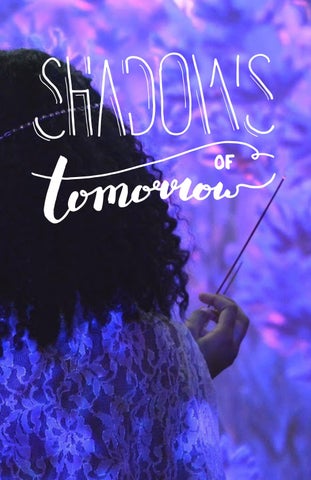 INTRODUCTION OUR GOAL for this work is to embody the Black Phoenix by envisioning life cycles that do not end with or provide a great focus to death. Instead we utilize vignettes, some that we’ve written and some taken from our textual sources, along with photography to tell a story of religion, healing, and spirituality as sites of communal resistance. We locally grounded our work by looking into the history of the Cross Street A.M.E. Zion Church in Middletown. Our project spatially maps that history to reflect on a mode of spiritual resistance whose ghosts have shaped the spaces we inhabit today as students at Wesleyan and who exist with us and around us. Founded in the 1820s, the Cross Street A.M.E. Zion Church was the first black church in Middletown and the first black owned church

in Connecticut.1 The church’s first pastor, Jehiel Beman, was an outspoken abolitionist and the church became a stop on the Underground Railroad.2 To many people, the Cross Street Church became known as “the Freedom Church.”3 The community that formed around the church and the black owned property in the Beman Triangle (the triangle behind Neon Deli) became key sites of resistance for blacks in Middletown. In addition to this local history, we also wanted to ensure that our work presented forms of spirituality that are not solely grounded on Western understandings of religion, which tend to vilify anything that exists outside of Christianity and what is viewed as organized, “civilized” religious institutions. Our project also includes a

photo series for Santeria. The origins of Santeria can be traced back to Spanish colonialism in Africa and the Americas, along with the enslavement and exportation of West Africans to the caribbean islands. The Yorubas that were brought to Cuba had their own spiritual practices that they brought with them but the slave masters tried to baptize them as Catholic and force Catholic practices and beliefs on them. In order to preserve their spiritual practices and rituals, the Yorubas dressed their deities as Catholic saints so that when the slave masters saw them worshiping their own Gods it would look like they had adopted Catholicism. Thus, the roots of Santeria are inherently linked to resistance and survival.4 Santeria does not have one single set of beliefs or a holy

text to reference; instead it varies depending on the culture of the individuals who practice it and the space it is practiced in. The primary “belief” within Santeria is that there must be harmony between the spiritual and the physical life of an individual. In order to achieve this balance there are various rituals that exist that Santeria followers utilize for the purpose of healing and maintaining balance.5 These rituals rely a lot on herbalism and as such we honor that by providing recipes for some of those rituals. Our hope with this project is that by merging these different facets of spirituality as resistance we can pose our audience to consider existence beyond the normative life and death dichotomy where death is often seen as a destination and an endpoint.

The first Cross Street A.M.E. Zion Church was built in 1830 and was located on the south side of Cross Street. It remained here until Wesleyan expanded its science facilities in the 1920s.6

Jehiel Beman, the first pastor of the Cross Street A.M.E. Zion Church, wrote this letter in 1854 to Frederick Douglass’ Paper.7

To Beman, Junior: Young Beman:—A number of the students of this University deeming it derogatory to themselves, as well as to the university, to have you and other colored students recite here, do hereby warn you to desist from such a course; and if you fail to comply with this peaceable request, we swear, by the Eternal God, that we will resort to forcible means to put a stop to it. Twelve of Us This letter was sent to Amos Beman, the son of Revered Jehiel Beman, who was being regularly tutored in North College by Wesleyan student Samuel Dole. This was a year after Wesleyan had ruled that “none by white male persons shall be admitted as students of this institution.”8

This anonymous letter signed “by a colored lady” was sent from Middletown to The Liberator in 1831.9 It was likely written by Clarissa Beman, one of the original organizers of the Colored Female AntiSlavery Society of Middletown, the second women’s abolition society in the United States.10 She was the wife of Reverend Jehiel Beman.

Spiritual Cleanse at the Botanica

My mother said it was to ward off evil, mal espiritu, ominous vibes. The world is inherently evil. It must be, she said. That’s why there’s a god, otherwise, what goodness would there be? Who would create the goodness if people are so violent and tinged with wrongness? Let’s go to the botanica, ma said. Spirituality has always been with me, so present in my life that I barely noticed it until I really thought about it. The candles, the agua florida, the blessing of our new home, the rosarios, the catholic images, the african images, the fact that my father will not speak to me unless I tell him “sion papi”, and he “dios te bendiga” One thing that my ancestors had was spirituality because without it what else was there when your body was chained down, when your body was not your own, at least you had your soul. When I was young, my mother took me to the botanica in allegheny

under the el, said she knew a lady there, said she knew spells. We walked in and immediately went straight to the dingy basement. I need to prepare the material, the woman said. It was dim. Candles were the only source of light. At the center was a big blue bucket, big enough for my five year old self to stand in. My mother told me to take off my pants and top. Get in the bucket. I remember the water being warm and green. I didn’t understand what was happening, but I knew it was important. The smell was strong, raw, and fresh. My mother said only the woman could do it. That only the woman knew how.

My baby bro is tossing and turning in his sleep, sweat beads roll down his forehead as his fists bunch up around the humid sheets Mami carefully graces his forehead Ay! Esta quemándose el bebe The cube like figures in the thermometer continue to rise until it reaches three digits Mami’s gaze freezes on the broken beads on his pulsera de azabache “Le hicieron mal de ojo a mi niño” she whispers We head to la curandera’s house She strips my brother down to his underwear and begins to rub olive oil across his chest, tummy, legs and arms He keeps pushing her hands away He’s uncomfortable and in pain She grabs a bundle of ruda and then glides it throughout his body She then does the same with a raw egg and cracks it on a glass of water As the egg white rises, she stares at the shape and nods as she states “si, es mal de ojo” Mami is instructed to leave the glass of water under the bed overnight We head back home, my brother fast asleep in my mami’s arms

EL ALTAR The altar that is always in my abuelas living room seems to constantly have fresh flowers with the prayer candles lit for all the Santos. Even though we live in one of the most earthquake prone areas in the country, that does not stop her from keeping those candles lit. Sometimes she leaves water out, para los ancestros. Every night she grabs her Rosario and prays under her breath to la Virgen de Guadalupe reciting numerous “Hail Mary’s” as she moves her fingers down the beads. I think there is a reason for moving your fingers down the beads, but I never asked her why. You would be unwise to interrupt her during prayer. When she finishes she always hangs the Rosario back on the altar and makes the sign of the cross before going to bed.

“Most santeros and santeras are experts in the field of herbal remedies to illness… The trouble with modern medicine is not that it is ineffective, but that it tends to focus on treating physical symptoms, to the exclusion of spiritual ones. Followers of Santeria recognize that any quest for harmony within the body requires both a spiritual and a physical treatment.”12

GLOSSARY AND TRANSLATIONS AGUA FLORIDA: Florida water; used for cleanses and other rituals “ESTA QUEMÁNDOSE EL BEBE”: “The baby is burning up!” BOTANICA: A place where you can go purchase religious objects along with other healing products that you may need like herbs. CURANDERA: A healer “DIOS TE BENDIGA”: “May God bless you” “LE HICIERON MAL DE OJO A MI NIÑO”: “They did mal de ojo to my child” MAL ESPIRITU: Evil spirit MAL DE OJO: the evil eye; occurs when an individual looks upon someone else with envy, usually children are more vulnerable to the evil eye. Can cause illness if not treated. PULSERA DE AZABACHE: Azabache bracelet; worn by children to ward off mal de ojo ROSARIOS: Rosaries; used for prayer and other rituals RUDA: Rue plant; used for cleanses “SION PAPI”: Asking for blessing 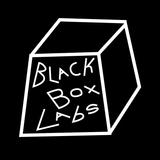 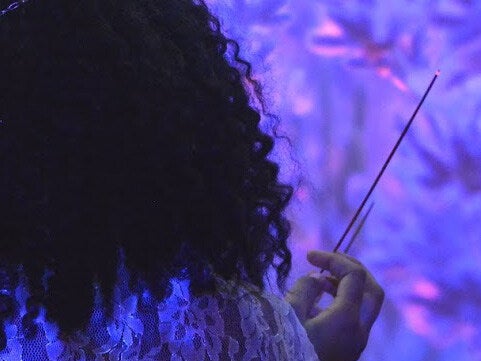