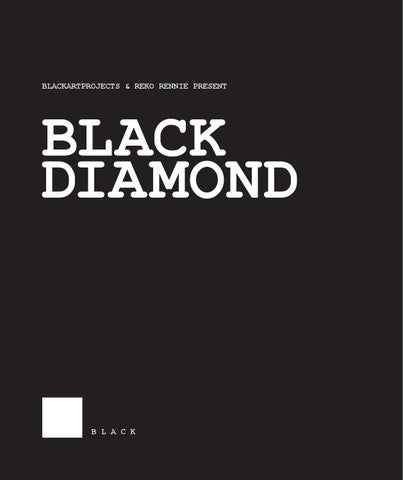 BLACK DIAMOND Three hand drawn symbols - the crown, the diamond and the Aboriginal flag - are presented as an emblematic statement about the original royalty of Australia. The crown is a homage to Reko Rennieâ&#x20AC;&#x2122;s graffiti roots and pays due respect to Jean-Michel Basquiat, but most importantly symbolises sovereign status. The crown reminds us that Aboriginal people are the original sovereigns of this country. The diamond is emblematic of the artistâ&#x20AC;&#x2122;s connection to his Kamilaroi/ Gamilaroi people. This diamond symbol is similar to a family crest; it is a part of his makeup. The Aboriginal flag, drawn in the form of a graffiti tag, pays respect to all Aboriginal people from environments both urban and remote and anywhere in between.

REKO RENNIE Born in Melbourne in 1974, Reko Rennie belongs to the Kamilaroi people of northern New South Wales. He won the Victorian Indigenous Art Award in 2008, held the Australia Council Cite Internationale des Artes residency (Paris) in 2009, and completed the 5 x 5 Project Commission in Washington DC (USA) in 2012. His work is represented in the National Gallery of Australia, Art Gallery of New South Wales, Art Gallery of Western Australia, Koorie Heritage Trust, Artbank, City of Yarra and the New Contemporary Art Museum in China collections. Through his art, Rennie explores what it means to be an urban Aboriginal in contemporary Australian society. Drawing inspiration from his heritage, the artist recreates traditional images in a contemporary context using spray-paint and stencils. His work often features the characteristic flora and fauna imagery that represent his community. In 2012 Rennie undertook a large sculptural commission for La Trobe University (VIC), in 2013 a mural project at The Block in Redfern (NSW) and in the same year extended transformation of the faรงade of the iconic T2 building in Taylor Square (NSW). Rennie was commissioned by the Gallery of Modern Art, Queensland Art Gallery to produce a site specific work on the 14m internal entrance wall of the gallery and is about to embark upon another piece to be featured in the forthcoming exhibition Melbourne Now at the National Gallery of Victoria. Reko Rennie is a studio artist at Gertrude Contemporary (2012-2014). 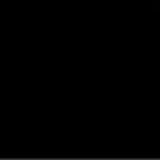