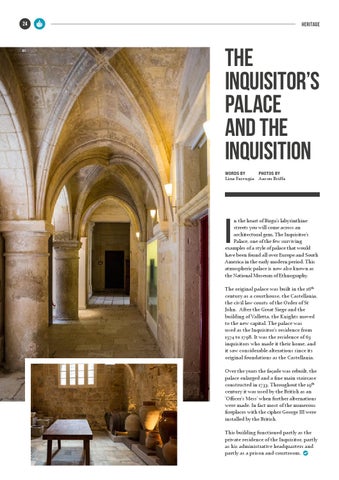 The Inquisitor’s Palace and the Inquisition WORDS BY Lina Farrugia

n the heart of Birgu’s labyrinthine streets you will come across an architectural gem, The Inquisitor’s Palace, one of the few surviving examples of a style of palace that would have been found all over Europe and South America in the early modern period. This atmospheric palace is now also known as the National Museum of Ethnography.

The original palace was built in the 16th century as a courthouse, the Castellania, the civil law courts of the Order of St John. After the Great Siege and the building of Valletta, the Knights moved to the new capital. The palace was used as the Inquisitor’s residence from 1574 to 1798. It was the residence of 63 inquisitors who made it their home, and it saw considerable alterations since its original foundations as the Castellania. Over the years the façade was rebuilt, the palace enlarged and a fine main staircase constructed in 1733. Throughout the 19th century it was used by the British as an &#39;Officer’s Mess&#39; when further alternations were made. In fact most of the numerous fireplaces with the cipher George III were installed by the British. This building functioned partly as the private residence of the Inquisitor, partly as his administrative headquarters and partly as a prison and courtroom. 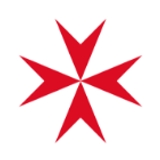