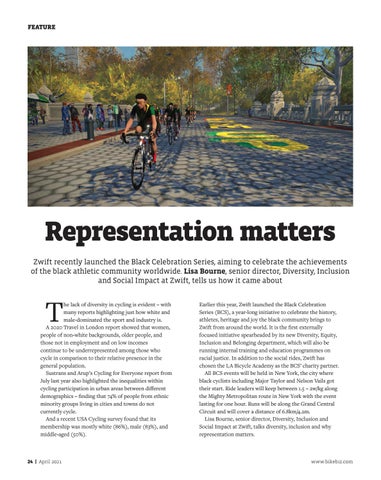 he lack of diversity in cycling is evident – with many reports highlighting just how white and male-dominated the sport and industry is. A 2020 Travel in London report showed that women, people of non-white backgrounds, older people, and those not in employment and on low incomes continue to be underrepresented among those who cycle in comparison to their relative presence in the general population. Sustrans and Arup’s Cycling for Everyone report from July last year also highlighted the inequalities within cycling participation in urban areas between different demographics – finding that 74% of people from ethnic minority groups living in cities and towns do not currently cycle. And a recent USA Cycling survey found that its membership was mostly white (86%), male (83%), and middle-aged (50%).

Earlier this year, Zwift launched the Black Celebration Series (BCS), a year-long initiative to celebrate the history, athletes, heritage and joy the black community brings to Zwift from around the world. It is the first externally focused initiative spearheaded by its new Diversity, Equity, Inclusion and Belonging department, which will also be running internal training and education programmes on racial justice. In addition to the social rides, Zwift has chosen the LA Bicycle Academy as the BCS’ charity partner. All BCS events will be held in New York, the city where black cyclists including Major Taylor and Nelson Vails got their start. Ride leaders will keep between 1.5 – 2w/kg along the Mighty Metropolitan route in New York with the event lasting for one hour. Runs will be along the Grand Central Circuit and will cover a distance of 6.8km/4.2m. Lisa Bourne, senior director, Diversity, Inclusion and Social Impact at Zwift, talks diversity, inclusion and why representation matters. 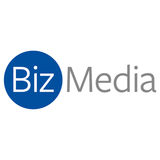