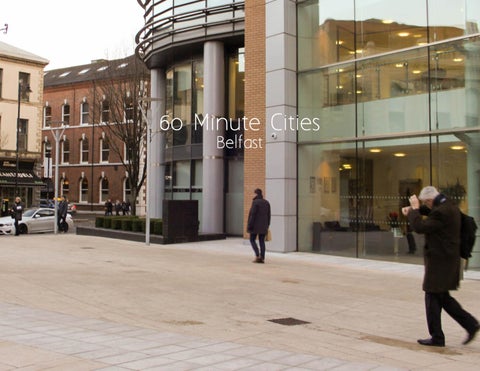 Listening to different locations across this city has resulted in material that has ended up in different compositions and projects, but for the most part I have recorded with no particular goal in mind / Inadvertently, what has emerged over time is a personal collection of recordings that document a cross section of the sonic environments of the city; a fraction of the myriad of events and influences that contribute to life in Belfast / A recording for me sometimes uncovers nuances removed from visual bias, providing a fascinating way to navigate a city and a vivid document of a moment in time for whoever happens to come across it / The selected recordings are chosen to reveal just some of the diverse soundscapes that contain details of the communities, architecture, machinery and wildlife that contribute to life in the city and moments that have shaped my own experience of Belfast //

54.582929, ­5.932918 / On rare sunny days in Belfast, crowds flock to the Botanic gardens / Overlooked by the McClay Library of Queen’s University, the manicured gardens provide refuge from city life / Small groups play football and throw frisbee / Conversations drift in and out of earshot / Different languages blend and collide / A local woman interacts with strangers, warmly asking ‘is this your first time here?’ / Solitary readers are oblivious, engrossed in their books. I lie on the grass relaxed, half listening, half daydreaming. //

Cameron Street / 54.587750, ­5.929044 / In the summer of 2013 I had the chance to spend time composing the Sonic Lab – an incredible performance space in the Sonic Arts Research Centre / It offered me the challenge to compose a piece for 32­channels / I decided to try and reimagine the balcony of my flat at the time and transplant its sonic world into that of the Sonic Lab / I therefore made 8 channel recordings to be used as layers within the piece – approximating the configuration of the speakers and positioning myself where the listener would be in the concert hall / I therefore spent many hours recording from this balcony, which overlooks botanic railway line towards the city centre, and became familiar with the its patterns and rhythms / Fluctuating randomly between calm and urgent though seemingly uneventful, for me it is representative of a typical Belfast street scene at any given time // A binaural recording of the 32­channel electroacoustic composition Balconry can be heard here: https://soundcloud.com/aidandeery/balconry­ binaural­reduction

NI Building, Bedford Square, Bedford Square / 54.594394, ­5.931530 / Belfast’s response to the worldwide Occupy movement was to demonstrate outside the offices of Invest NI, followed by taking up residence on Writer’s Square and subsequently occupying a derelict Bank of Ireland building / A small but enthusiastic group of protest regulars gather with a mix of genuine hope for change and a healthy dose of Belfast cynicism / I follow the protest from Queen’s university through Shaftsbury square and towards the city centre / A handful of car horns blast, a couple of ‘get a job’ shouts are heard, but largely there is only indifference towards the demonstration //

along a 10­mile toe­path route that leads all the way to Lisburn / Right on the doorstep of the city, the meadows feel surprisingly isolated, and provides some respite for many walkers and cyclists / During 2013, I spent a lot of time recording in the Lagan meadows with friend and collaborator Matilde Meireles / This resulted in the sound installation Lagan:Behind, a long­form multi­channel sonic portrait of this slice of nature in south Belfast / We captured the sound from various angles through different seasons / On this particular afternoon, I record on my own / Venturing off the beaten track into the dense forest in search of isolation, it is an unusually sunny and still day; one of only a handful in any summer in Belfast / Birdsong is punctuating the air – still present is a delicate underflow of not­so­distant traffic, but is almost totally disguised by the gentle breeze in the surrounding trees // See www.bunu.tk for more bunú projects.

Season / Vernon Street / 54.588311, Â­5.928182 / Loaded with historical significance, few sounds provoke such polarized response during the Belfast summer / Orange bands march throughout the season, the most important occurring on 12th July each year to mark the anniversary of the Battle of the Boyne in 1690 / Trouble regularly flares at flashpoints along contentious routes, though the majority pass without incident / Dissonance is often created by competing bands, and contrast is sharp between shrill fifes, punchy snares and pounding lambeg drums / It is a warm summer evening and a band is filtering through a housing estate on the far side of the train tracks / The ensemble dominates the soundscape for a short time, before fading into the distance, replaced again by the regular rhythms of the street //

Â­5.914352 /A kind of byÂ­product of the peace process, arriving in 2000 to the newly opened Odyssey arena, ice hockey held none of the social or sectarian baggage of other prominent sports in Northern Ireland; the Belfast Giants were viewed as a less divisive team that all communities could get behind / Immensely popular during the early years, the Giants still have a loyal fan base and regularly perform well in their league / Clappers and chants bounce off the hard concrete surfaces of the surroundings, enthusiasm swells in accordance with the action on the ice / These are rare moments of respite from the relentless, piped popÂ­ music and advertisements that for someone not familiar with North American sports only seem to dissipate any sense of sporting tension //

/ 54.572580, Â­5.931226 / No aural portrait of Belfast would be complete with a recording of rain / The rain has prevented me from venturing outside to do some planned recording so I improvise and set my equipment close to the window / It is a mild Friday afternoon; it seems to have been raining all summer //

54.582378, Â­5.928089 / One of two routes I take to work, I walk quickly past a stationary line of cars on the Ormeau Road; the vehicles contain hundreds of commuters, attempting to enter the city centre painfully slowly / I pass through the â&#x20AC;&#x2DC;Holylandsâ&#x20AC;&#x2122;, a predominantly student area also home to a number of locals and Roma families / Finally, I enter the relative tranquility of the Botanic gardens / People are passing in various states of urgency / Rarely would I move around whilst recording, let alone carry the microphone with me / The microphone pocks are a constant reminder of the recording process //

/ 13:37 / June 28, 2014 / Mountain of metal / E Twin Road, Titanic Quarter / 54.616443, ­5.893950 / An area with a long industrial history most famous for producing the infamous ship, Belfast’s recently christened Titanic Quarter has undergone a dramatic transformation in recent years / Under the shadow of the famous bright yellow Harland and Wolff cranes, much of the surrounding area lies dormant, awaiting development / Following a long road, a scrap metal plant stands alone at the tip of a narrow peninsula before land meets water / I loiter at the edge of a fence as a large conveyor belt delivers a seemingly endless supply of scrap to the top of an enormous mound / As I record, the sound reflects back off a long factory wall behind me, intensifying its impact // These recordings also feature in the composition Clearway: https://soundcloud.com/aidandeery/clearway­stereo

on Wildlife bird sanctuary / Airport Road West / 54.630633, ­5.873010 / The Royal Society for the Protection of Birds (RSPB) run the Window on Wildlife (WOW) conservation and visitor centre on Airport Road West / Shipping canal dredging around the harbour area left large water pools, with this particular pool becoming a designated nature reserve since 1998 / Wedged between Belfast city airport and the docks and close to a choked dual carriageway, the wildlife proves resilient against the backdrop of heavy industry / I am recording again for a bunú project on Belfast Lough / It is a freezing January morning, but we can take refuge in the viewing huts overlooking the pool / Matilde and I spend the morning recording the birds, making multichannel recordings from opposite sides of the water /It’s hard to block out the underlying activity of the harbour, but it is heartening to observe how nature can thrive in urban environments //

BIO / Aidan Deery is a Belfast­based composer and

sound artist / Aidan completed a PhD in composition at the Sonic Arts Research Centre, Belfast, in 2014 / Often making use of field recordings, Aidan's output has included fixed medium compositions, works for instrument with electronics, as well as installations, and has had regular performances at a range of international festivals / Aidan has also collaborated with various artists including arts collective Mak9, and works with Matilde Meireles to form the field recording duo bunú // https://aidandeery.wordpress.com/ http://bunu.tk/

All recordings and images Copyright 2017 Aidan Deery and are used with permission / Book design and layout Copyright 2017 Bivouac Recording and may not be reproduced without permission / For more information about the 60 Minute Cities project please visit: http://www.bivouacrecording.com/60­minute­cities/ 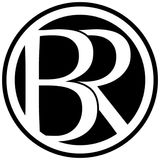 A track from this album can heard on our Soundcloud: https://soundcloud.com/bivouacrecording/belfast-marching-season-aidan-deery?in=bivouacr...

A track from this album can heard on our Soundcloud: https://soundcloud.com/bivouacrecording/belfast-marching-season-aidan-deery?in=bivouacr...