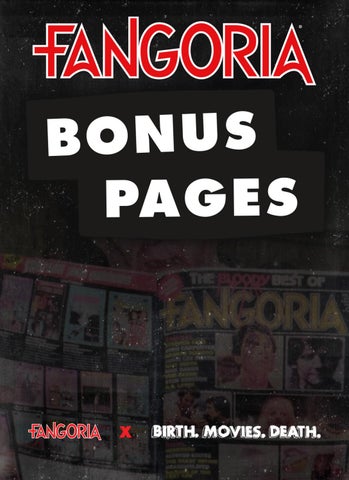 DC UNIVERSE MOUNTS AN ALL-NEW ADAPTATION OF SWAMP THING – AND MIGHT HAVE FINALLY GOTTEN IT RIGHT. BY TODD GILCHRIST

omic book-based stories, both on TV and film, have proven they can explore and even combine a complex variety of tones, thanks first to the history and density of the source material, and later, the sophistication of the world-building employed when bringing them to new life. But even among the medium’s most adventuresome adaptations, DC Universe’s Swamp Thing promises to be a real outlier, absorbing almost 50 years of mythology into a series whose definition of horror transforms and reconfigures itself almost as frequently as its scientist-turned-elemental protagonist Alec Holland. “It’s definitely a horror series, but it’s got Southern Gothic feel to it, that creeping sense of dread,” explained executive producer and showrunner Gary Dauberman (It, the Annabelle films). “One of the things we loved about the comics and now the show is it gives us the opportunity to do some body horror, some supernatural horror, some psychological horror. We really get to dig deep into the genre and didn’t feel limited as to where we could go, just by the nature of what the story is.” First created in 1971 by Len Wein and Bernie Wrightson, Swamp Thing inspired some six volumes of comic books (and counting), two theatrical films, a live-action television series in the 1990s, an animated series designed around a toy line, and countless appearances and crossovers both within the DC Universe and across popular culture in general. Condensing – and updating – decades of stories from

some of comics’ most iconic writers and artists for the DC streaming service’s fourth and perhaps highest-profile series to date, executive producers Dauberman, Mark Verheiden (Ash vs Evil Dead), James Wan (Aquaman) and Len Wiseman (the Underworld series) assembled a murderer’s row of talent to tell the story of Alec Holland, a scientist transformed into a shape-shifting, plant-based humanoid after a tragic accident in a small Louisiana town. Verheiden, a writer and executive producer on Battlestar Galactica, Heroes and Constantine (the latter of whose main character first appeared in a 1985 issue of The Saga of the Swamp Thing), cut his teeth in the comics industry in the late ‘80s adapting Aliens and later Predator from screen to page. He acknowledged that translating material from one medium to another is never an easy process, and in spite of comics’ graphic foundations, seldom one where you can simply recreate an image, pose or sequence and it will automatically work as well in motion. “One thing I learned very quickly about going between comics and movies is that they’re two different art forms,” he said. “They really require their own sort of graphic language, and that could often be quite different – in a film where an action sequence takes five minutes, in a comic book it can take you 24 pages to explain.” He continued, “But long story short, it’s my love of comics that got me into the film business, the visual aspects of comics, as well. So they’re two different art forms that ultimately led me to something like Swamp Thing.”

Developing the series for DC Universe, the company’s video-on-demand streaming service, Verheiden quickly discovered that the platform itself provided him and his collaborators some unique opportunities in terms of tone, pacing and intensity that they wouldn’t have enjoyed if the show was distributed through more conventional broadcast models. “The joy of Swamp Thing, one of them, is that as a streaming show, we don’t have commercials,” he said. “That’s true of a lot of shows now, but in a horror show that’s valuable because it enables us to live within the scenes so we don’t have to cut away, and build a sense of dread.” That approach gives the new series a leg up on more traditional serialized storytelling, Verheiden observed. “What I’ve learned from watching shows that are interrupted is that can just break the entire mood of where you’re going. So our goal early on was to make sure that we have enough space and room to let horror scenes breathe so that they can build intensity and scariness, and then finally either erupt or go wherever they’re going to go.” In terms of “erupting,” Verheiden added that streaming the show also gave them the freedom to indulge in some of the gore and violence from the comic that again might be neutered under the guidelines of a tradition-

FROM CRYSTAL LAKE TO MURKY SWAMP: DEREK MEARS (FRIDAY THE 13TH) IS THE NEW SWAMP THING (OPPOSITE).

IT GIVES US THE OPPORTUNITY TO DO SOME BODY HORROR, SOME SUPERNATURAL HORROR, SOME PSYCHOLOGICAL HORROR. al network show. “We can be as graphic as we want,” he said. “Not that the show’s wildly over the top graphic, but we have a lot of body horror and blood and quite a bit of violence along with the emotional stories we’re trying to tell.” The anchor for those emotional stories lies in the actor behind Swamp Thing’s floral façade, Derek Mears, a seasoned performer and stuntman who’s become known as a man of many faces, and not all of them human: in 2009, Mears played disfigured hockey enthusiast Jason Voorhees in the Friday the 13th remake, and just a year later played one of Predators’ relentless extraterrestrial killers. As a sufferer of alopecia whose condition proved to be an asset when donning masks and make-up for Hollywood roles, Mears revealed that he related deeply and 104

felt empowered by playing a character that would require him to make what amounted to a total-body transformation. “It’s such a fun process to delve into the mythology of Swamp Thing, because for myself it’s about acceptance,” Mears said. “For me when I was younger and to have alopecia and not being accepted for that, [there’s] this whole lesson about learning that what I thought was my biggest weakness may actually be my biggest strength.” At the same time, Mears explained that his own personal connection to the character quickly dovetailed into the sense of responsibility he felt in playing such a beloved comics luminary – especially after receiving an outpour of encouragement and insights from other fans. “There were similarities in my own life that I could emotionally draw

from for the character,” he said. “But the mythos of the character is such a responsibility, because once it was announced that I was going to do the role, so many fans sent loving positive things and personal stories about what the character meant to them.” He continued, “So even if it’s self-imposed, I feel like I have this responsibility to do the character right. Because these people have had their own personal relationships through the years with Swamp Thing. And now, delving into the character and figuring out what I want to do in the series, now he’s in my heart.” According to Dauberman, the character isn’t just in their hearts, but brilliantly brought to life in three dimensions with a combination of practical and computer-generated effects. “Justin Raleigh at Fractured FX and his crew over there did a miraculous job designing this Swamp Thing creature, the suit, and all of the practical effects that we’ve been leaning on,” he said. Verheiden indicated that working with the likes of fellow executive producer James Wan issued something of an unspoken mandate to create as much physically on set, because it creates a tangible reality for the actors to move through and interact with, and later, for audiences to more convincingly immerse themselves. “We are trying to lean on physical effects as much as we can as opposed to

CGI. Not to say we don’t have CG on the show,” he added. “It’s very helpful. But we all appreciate that sense of tactile reality you get when you have a practical thing on set for the actors to interact with as opposed to a green stick or a stick with a ball on it or whatever.” For Mears, meanwhile, he said it’s like being a kid in a candy store whose blueprints he helped draw. “It’s kind of the perfect storm for all of my skill sets – being able to physically survive [as a stuntman], doing the makeup and making it come to life, and being a straight actor and putting it together,” he said. “I’m an actor first and foremost, but don’t remember me, remember the character. So I don’t care if I get lost in the make-up, because I want you to remember that.” Despite his comfort level with the physical challenges of the role, Mears said that playing Swamp Thing nevertheless challenged his own preconceptions about the variety of ways he could consider a character and his actions on screen. “The thing that was different was the existential crisis Alec Holland is going through,” he said. “To explore so much theology, existentialism and philosophy and to literally go down a mind-bending rabbit hole and to explore the deeper parts of myself and of reality and existence, my own journey is literally surrendering to the un-

known. The producers aren’t approaching it just as a black and white type of character. There’s so much complexity within that. I mean, I’ve done so many different makeup jobs in my career, but this is really like the Cadillac of suits. I feel like I get to wear this beautiful piece of art that you can emote so well through, and it’s really been an absolute just pleasure.” Mears’ effusive reaction to the experience of playing Swamp Thing feels particularly appropriate given Ver-

heiden’s take on what distinguishes Alec Holland in both human and planet forms. “The thing that stands out about both versions is there’s a romantic at their core,” he said. “They’re both looking for something emotionally. I think that that sense of curiosity and of seeking truth and a longing for human connection is something that I think straddles both.” But in terms of the rest of the series’ fully human characters, Dauberman indicated that Crystal Reed’s performance as Abby

RIGHT: ABBY PONDERS WHY THIS BLOATED CORPSE IS SPILLING OVER WITH PLANT LIFE. BELOW: DIRECTOR WISEMAN OFFERS HIS THEORIES.

the extraordinary to happen against the sort of everyday-ness of small-town life.â&#x20AC;? In spite of that, Dauberman said the show will feature a variety of supporting characters who have their own unique abilities and motivations. â&#x20AC;&#x153;We have Madame Xanadu from the Dark Universe. We have Daniel Cassidy, whoâ&#x20AC;&#x2122;s the Blue Devil,â&#x20AC;? he said. â&#x20AC;&#x153;So we definitely saw opportunities to introduce characters from the DC Universe.â&#x20AC;? Despite a mid-April reduction in episodes from 13 to ten, the first episode is scheduled to premiere on May 31, showcasing the tremendous work of by cast and crew to bring new life to 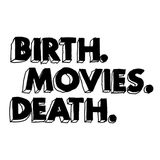