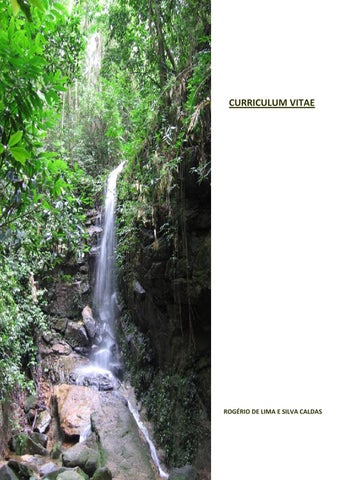 Worked on projects related to Handling of Wild Fauna and Flora at Petrobras – 2012.

Holds the position of Chief of the Commission on Environmental Law of the OAB / RJ.

Position Held: Responsible for works in the environmental areas.

President and founder of the Brazilian Institute for Nature Protection, which develops social and environmental projects and works for the conservation of wild flora and fauna.

Member of the Institute of Legal Engineering (IEL).

Professor of Environmental Law at the Post-Graduation School of Magistrates of the State of Rio de Janeiro, UFRJ.

Biosfera Environmental Consulting Ltda. Company established in 1988 with operations in the market to the present date. Position Held: Partner-Director and Technical Manager Activities:

Handling of Wild Flora and Fauna

Ecosystem recovery with the restoration of the native flora and reintroduction of wildlife.

Projects of Neutralization of Greenhouse Gases

Use and Occupancy of the Urban Land Project

Member of the examining board of monograph in the Area of Environmental Law.

Lecture on the subject – Public Prosecutors and Environmental Protection.

Activities: activities related to Commercial and Operational Management, being one of the founders of the Company. 

Federal University of Paraná – 1982 / 1985 Performing research work in Forest Nutrition in the Atlantic Forest, on the characterization of the nutritional status of Palmito Euterpe edulis Mart. In the Tropical Rain Forest of the coastal plains of the coast of Paraná State, through chemical analysis of the leaf, soil and existing litterfall on the forest floor.

Botanical Identification of species of the Atlantic Forest.

Speaker at the I Seminar about Fauna Protection and Animal Health. Theme: "Absence of valuation of the Fauna in calculating the Environmental Damage and lack of consideration in the Brazilian Environmental Recovery."

Interviewed on the television program shown on Rede Vida on 24/04/12. Theme: Public Policies Relating to Animals.

Veiga de Almeida University – 2011 Guest speaker invited by the Coordination of the Engineering Degree. Theme: Role of Public Prosecution in the Protection of the Environment.

"V Semana Juridica” (Legal Week)." Theme: Role of Public Prosecution in the Protection of the Environment.

Participation in the XI Conference of Lawyers in Rio de Janeiro - Outlook for Rio de Janeiro of the XXI Century, held at the OAB / RJ on 20 and 21 October 2011.

Participation in the Seminar "The Impact of Carbon Credits on Economics and in the Corporate Balance Sheets”, held at the Sofitel Hotel - Rio de Janeiro, RJ, on 26 of June 2009.

Participation as a Congressman in the VIII International Congress on Wildlife Management in Amazonia and Latin America, from 01 to 05 of September 2008 in Rio Branco, Acre.

Participation as a congressman in the IV International Congress on Environmental Law of the Attorney General of the Municipality of Rio de Janeiro, held from 22 to 24 of May 2007.

Participation as a congressman in the V Brazilian Congress of the Public Prosecutors of Environment, held in Rio de Janeiro from 27 to 29 of April 2005.

Participation as a congressman in the 8th International Congress and 9th Brazilian Congress of Environmental Law, held in São Paulo on May 31, 01,02 and 03 of June 2004.

International Seminar "Environmental Law: Rio + 10" organized by the School of Public Prosecution of the Union, Embassy of France, University of Limoges - France and the Centre International de Droit Compare L'Environnement - CIDCE, from 24 to 26 April 2002, in the city of Rio de Janeiro, RJ.

Seminar Watershed of the Guandu River - Problems and Solutions, held on 05 of March, 2002 at the Federal Rural University of Rio de Janeiro.

Participation in the Seminar in 1999 "Stock Exchange and Stock Market, Globalization and Privatization, conducted by the National Commission of Stock Exchanges.

30 of May, 2006 - Praise from Hon, Dr. Ana Paula Petra, Promoter of Justice of the Public Prosecutor Service in the state of Rio de Janeiro, due to hard work, dedication e efficiency, achieving success in forming partnerships with other institutions.

08 of November 2006 – Praise from Hon. Dr. Rosani da Cunha Gomes, Promoter of Justice, From the Public Ministry of the State of Rio de Janeiro, for the services provided in the area of irregular occupations.

27 of November 2006 – Praise from Hon. Dr. Luiz Fabião Guasque, Public Prosecutor from the Public Ministry of the State of Rio de Janeiro, for the efficiency and goodwill regarding problem solving.

12 of January 2004 – Thanks from the Hon. Dr. Victor Hugo Poubel, Federal Police Chief - CoordinatorGeneral for effective collaboration to the Support Rio Mission. Participated in a joint operation of the Federal Police / Prosecutor - RJ working in the area of environmental expertise in the Municipality of Paty do Alferes - RJ.