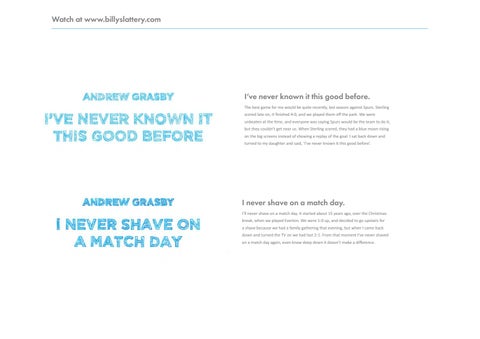 I’ve never known it this good before. The best game for me would be quite recently, last season against Spurs. Sterling scored late on, it finished 4-0, and we played them off the park. We were unbeaten at the time, and everyone was saying Spurs would be the team to do it, but they couldn’t get near us. When Sterling scored, they had a blue moon rising on the big screens instead of showing a replay of the goal. I sat back down and turned to my daughter and said, ‘I’ve never known it this good before’.