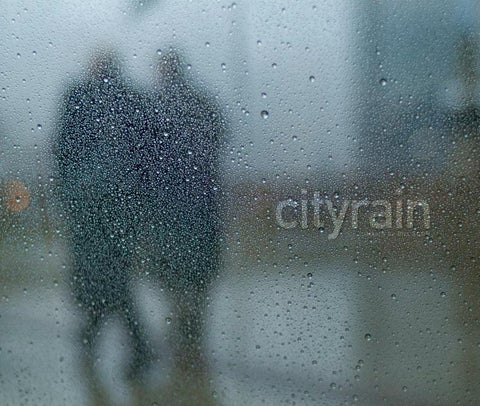 cityrain I mages by B ill S osin

A photographer is like a cod, which produces a million eggs in order that one may reach maturity. â&#x20AC;&#x201D;George Bernard Shaw

What began as a spontaneous shot taken whimsically through the car windscreen on a rainy day in Chicago expanded into an ongoing investigation into ephemeral aspects of the city.

cityrain Suddenly impressionistic umbrella studies; images of shadowy smokers exiled from non-smoking office buildings; figures emerging from arcades of neon; vehicles engulfed in avalanches of snow, and wandering, isolated silhouettes reveal something about the irrevocable influence of the elements and the paradoxical loneliness of the metropolis.

“If you are out there shooting, things will happen for you. If you’re not out there, you’ll only hear about it.” ­—Jay Maisel

“Where is the cinema? It is all around you outside, all over the city, that marvelous, continuous performance of films and scenarios.” 13

“The camera sees more than the eye, so why not make use of it?”

while back I ran across some negatives I shot from my car in the old film days. I was intrigued by them and began photographing from inside my car again. Driving around Chicago in a downpour I had glazed over momentarily at a stop light as the droplets of rain gathered on the windshield and the chromium vapor of the street lamps blurred behind them. I let the cinema window of the car become obscured with the pebbles of water and then photographed themâ&#x20AC;Ś

What started haphazardly became an obsession and I have now captured hundreds of these images. Generally the texture of the precipitation is kept in focus, and the shape, weight and direction of the droplets can change according to windflow and the severity of the rainfall. Activity in the city streets is set in shallow focus behind this. Neon fluorescence and radiant red light from car brake lights are common themes, but more abstract and suggestive patterns are created by silhouetted pedestrians hastening along with pendulous umbrellas; vehicles such as towtrucks or sixteen wheelers, made more ominous in the dreamscape of their out of focus state; or lonely objects in storefront windows, rendered redundant by the inclement weather. The pure refractions of light are controlled by the lens choice, focus and exposure, blurred into kaleidoscopes or minimized to retain narrative detail. I search for different colorations, shooting at various times of day when the hue of the sky can contribute to the tableau.

Â© 2012 Bill Sosin www.billsosin.com Volume 1, Number 7 All rights reserved. No part of this book may be reproduced in any form without the expressed written permission of the publisher. Designed and produced by Paper Mirror Press, Chicago. ISBN 978-0-9707278-6-0 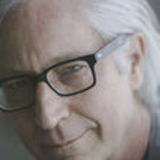 What began as a spontaneous shot taken whimsically through the car windscreen on a rainy day in Chicago expanded into an ongoing investigati...

What began as a spontaneous shot taken whimsically through the car windscreen on a rainy day in Chicago expanded into an ongoing investigati...