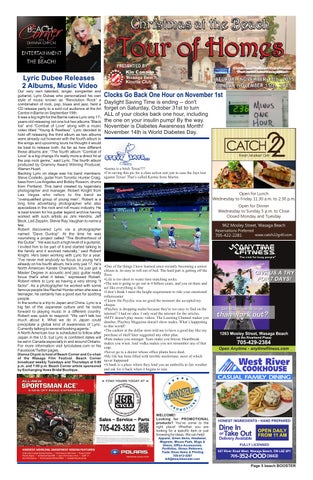 Lyric Dubee Releases 2 Albums, Music Video Our very own talented, singer, songwriter and guitarist, Lyric Dubee who personalized his own style of music known as “Revolution Rock” a combination of rock, pop, blues and jazz, held a CD release party to a sold out audience at the Art Centre in Barrie on September 19th. It was a big night for the Barrie native Lyric only 17years-old releasing not one but two albums “Black Ice” and “Combat of Love” along with a music video titled “Young & Restless”. Lyric decided to hold off releasing the third album as two albums were already out however with the fourth album in the wings and upcoming tours he thought it would be best to release both. As far as how different these albums are: “The fourth album “Combat of Love” is a big change it's really more a direct hit at the pop rock genre,” said Lyric. The fourth album produced by Grammy Award Winning Producer, Warren Huart. Backing Lyric on stage was his band members: Steve Costello, guitar from Toronto; Hunter Craig, bass from Los Angeles and Bobby Rosson, drums from Portland. This band created by legendary photographer and manager, Robert Knight from Las Vegas who refers to the band as “overqualified group of young men”. Robert is a long time advertising photographer who also specializes in the rock and roll music industry. He is best known for his guitar legend archive having worked with such artists as Jimi Hendrix, Jeff Beck, Led Zepplin, Stevie Ray Vaughan to name a few. Robert discovered Lyric via a photographer named “Dave Dunlop”. At the time he was nourishing a project called “The Brotherhood of the Guitar”. “He was such a high level of a guitarist, I invited him to be part of it and started talking to the family and it evolved naturally,” said Robert Knight. He's been working with Lyric for a year. “I've never met anybody so focus so young he's already on his fourth album, he's only just 17, he's North American Karate Champion, he just got a Master Degree in acoustic and jazz guitar really focus that's what it takes,” expressed Robert. Robert refers to Lyric as having a very strong “it factor”. As a photographer he worked with some famous people like Rachel Hunter when she was a teenager, he certainly has a good eye for spotting people. In the works is a trip to Japan and China. Lyric is a big fan of the Japanese culture and he looks forward to playing music in a different country. Robert was quick to respond: “We can't talk too much about it. What we do in Japan could precipitate a global kind of awareness of Lyric. Currently talking to several booking agents.” A North American tour is scheduled to follow after Japan in the U.S. but Lyric is confident dates will be set in Canada especially in and around Ontario. For more information visit lyricdubee.com or his Facebook/Twitter pages. Dianna Chycki is host of Beach Corner and Co-chair of the Wasaga Film Festival. Beach Corner broadcast weekly Tuesdays and Thursdays at 5:00 p.m. and 7:00 p.m. Beach Corner article sponsored by Exchanging Vows Bridal Boutique.

Clocks Go Back One Hour on November 1st Daylight Saving Time is ending -- don't forget on Saturday, October 31st to turn ALL of your clocks back one hour, including the one on your insulin pump! By the way. November is Diabetes Awareness Month! November 14th is World Diabetes Day.

Ÿkarma is a bitch Texas!!!! ŸI’m saving this pic for a class action suit just in case the Jays lost

citizen is, its easy to roll out of bed. The hard part is getting off the floor. ŸLife is too short to waste time matching socks. ŸThe sun is going to go out in 4 billion years, and you sit there and act like everything is fine ŸI don’t think I meet the height requirement to ride your emotional rollercoaster ŸI knew the Psychic was no good the moment she accepted my cheque. ŸPlayboy is dropping nudes because they're too easy to find on the internet? I had no idea. I only read the internet for the articles. ŸMTV doesn't play music videos. The Learning Channel makes you dumber. Playboy Magazine doesn't show nudes. What’s happening to this world? ŸThe cashier at the dollar store told me to have a good day like my purchase of shelf liner suggested any other plan. ŸPain makes you stronger. Tears make you braver. Heartbreak makes you wiser. And vodka makes you not remember any of that crap. ŸNever go to a doctor whose office plants have died. ŸMy life has been filled with terrible misfortune; most of which never happened ŸA bank is a place where they lend you an umbrella in fair weather and ask for it back when it begins to rain. 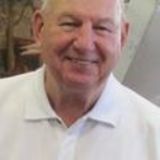