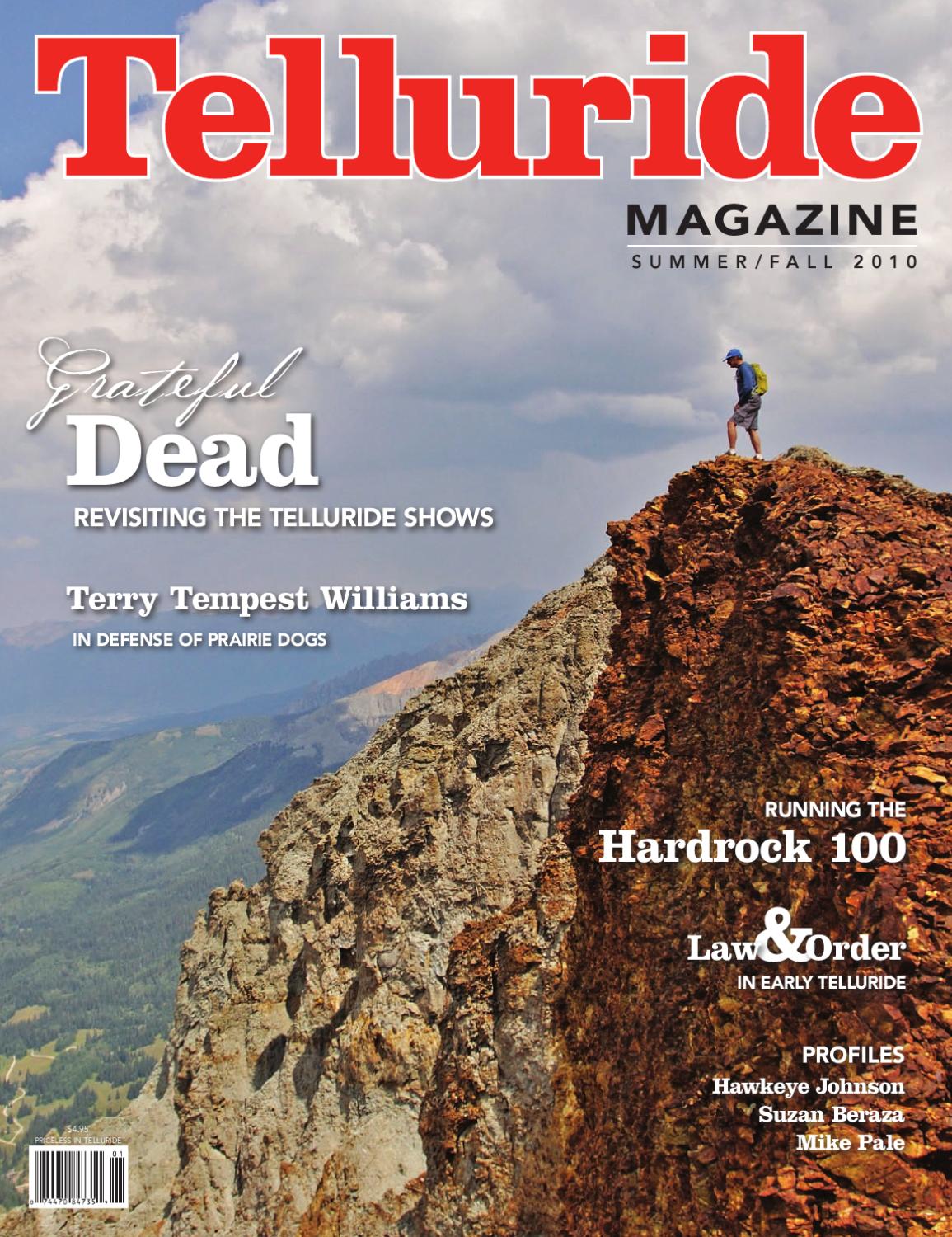 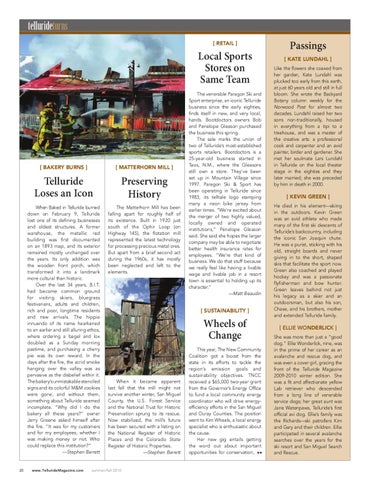 When Baked in Telluride burned down on February 9, Telluride lost one of its defining businesses and oldest structures. A former warehouse, the metallic red building was first documented on an 1893 map, and its exterior remained mostly unchanged over the years. Its only addition was the wooden front porch, which transformed it into a landmark more cultural than historic. Over the last 34 years, B.I.T. had become common ground for visiting skiers, bluegrass festivarians, adults and children, rich and poor, longtime residents and new arrivals. The hippie innuendo of its name hearkened to an earlier and still alluring ethos, where ordering a bagel and lox doubled as a Sunday morning pastime, and purchasing a cherry pie was its own reward. In the days after the fire, the acrid smoke hanging over the valley was as pervasive as the disbelief within it. The bakery’s unmistakable stenciled signs and its colorful M&amp;M cookies were gone, and without them, something about Telluride seemed incomplete. “Why did I do the bakery all these years?” owner Jerry Greene asked himself after the fire. “It was for my customers and for my employees, whether I was making money or not. Who could replace this institution?” —Stephen Barrett

The Matterhorn Mill has been falling apart for roughly half of its existence. Built in 1920 just south of the Ophir Loop (on Highway 145), the flotation mill represented the latest technology for processing precious metal ores. But apart from a brief second act during the 1960s, it has mostly been neglected and left to the elements.

The venerable Paragon Ski and Sport enterprise, an iconic Telluride business since the early eighties, finds itself in new, and very local, hands. Bootdoctors owners Bob and Penelope Gleason purchased the business this spring. The sale marks the union of two of Telluride’s most-established sports retailers. Bootdoctors is a 25-year-old business started in Taos, N.M., where the Gleasons still own a store. They’ve been set up in Mountain Village since 1997. Paragon Ski &amp; Sport has been operating in Telluride since 1983, its telltale logo stamping many a neon bike jersey from earlier times. “We’re excited about the merger of two highly valued, locally owned and operated institutions,” Penelope Gleason said. She said she hopes the larger company may be able to negotiate better health insurance rates for employees. “We’re that kind of business. We do that stuff because we really feel like having a livable wage and livable job in a resort town is essential to holding up its character.” —Matt Beaudin

This year, The New Community Coalition got a boost from the state in its efforts to tackle the region’s emission goals and sustainability objectives. TNCC received a $65,000 two-year grant from the Governor’s Energy Office to fund a local community energy coordinator who will drive energyefficiency efforts in the San Miguel and Ouray Counties. The position went to Kim Wheels, a local energy specialist who is enthusiastic about the cause. Her new gig entails getting the word out about important opportunities for conservation, ▶▶

Passings [ Kate Lundahl ] Like the flowers she coaxed from her garden, Kate Lundahl was plucked too early from this earth, at just 60 years old and still in full bloom. She wrote the Backyard Botany column weekly for the Norwood Post for almost two decades. Lundahl raised her two sons non-traditionally, housed in everything from a tipi to a treehouse, and was a master of the creative arts: a professional cook and carpenter and an avid painter, birder and gardener. She met her soulmate Lars Lundahl in Telluride on the local theater stage in the eighties and they later married; she was preceded by him in death in 2000.

[ Kevin Green ] He died in his element—skiing in the outdoors. Kevin Green was an avid athlete who made many of the first ski descents of Telluride’s backcountry, including the iconic San Joaquin chute. He was a purist, sticking with his old, straight boards and never giving in to the short, shaped skis that facilitate the sport now. Green also coached and played hockey and was a passionate flyfisherman and bow hunter. Green leaves behind not just his legacy as a skier and an outdoorsman, but also his son, Chase, and his brothers, mother and extended Telluride family.

[ Ellie Wonderlick ] She was more than just a “good dog.” Ellie Wonderlick, nine, was in the prime of her career as an avalanche and rescue dog, and was even a cover girl, gracing the front of the Telluride Magazine 2009-2010 winter edition. She was a fit and affectionate yellow Lab retriever who descended from a long line of venerable service dogs; her great aunt was Jane Watenpaws, Telluride’s first official avi dog. Ellie’s family was the Richards—ski patrollers Kim and Gary and their children. Ellie participated in several avalanche searches over the years for the ski resort and San Miguel Search and Rescue.