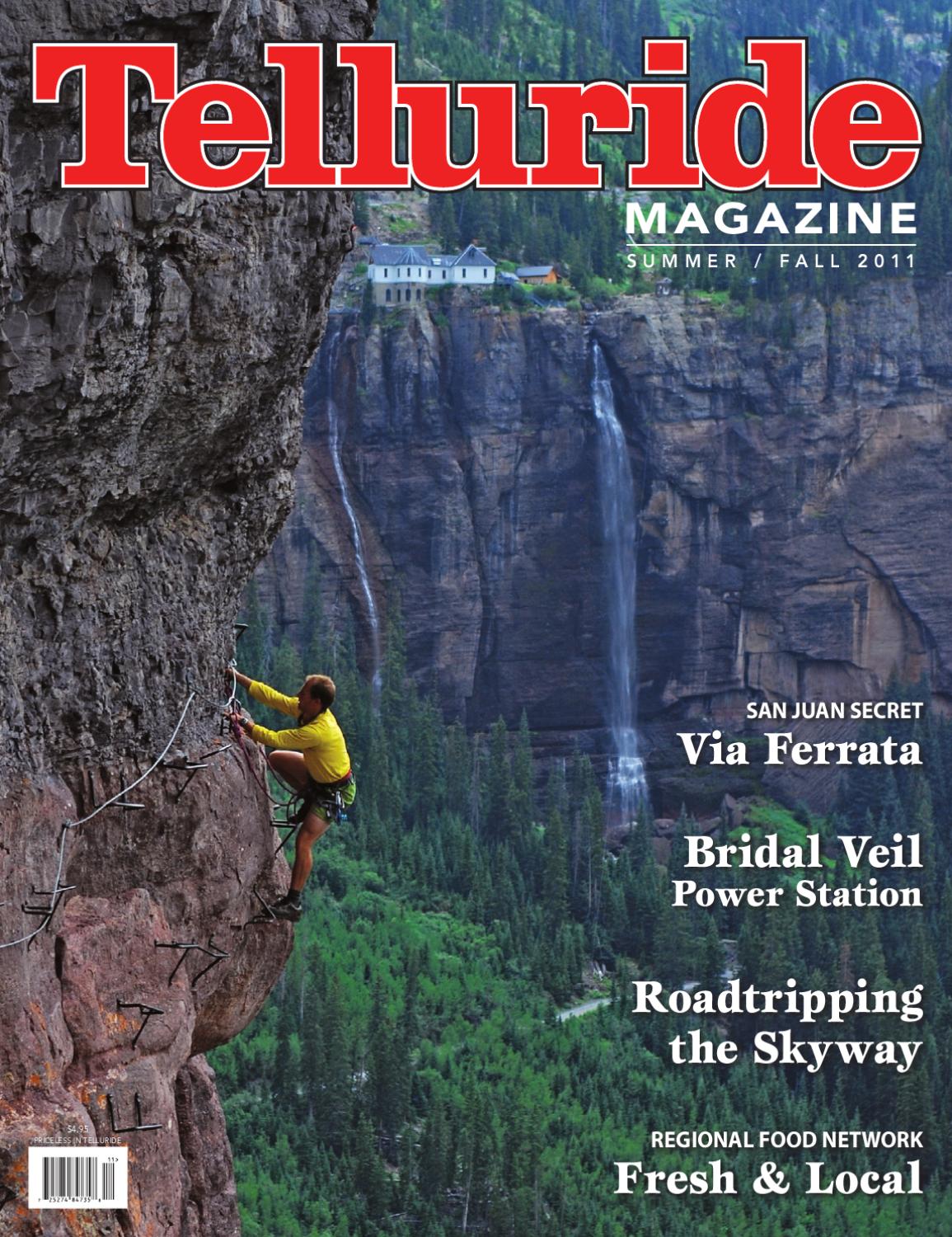 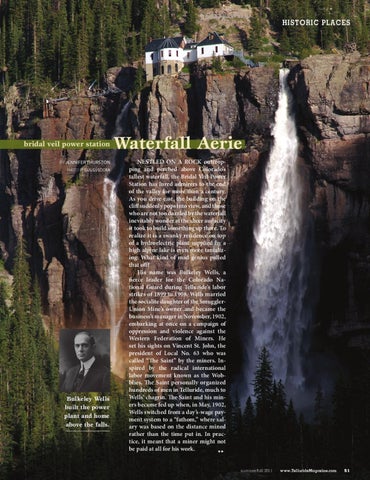 Bulkeley Wells built the power plant and home above the falls.

Waterfall Aerie Nestled on a rock outcropping and perched above Colorado’s tallest waterfall, the Bridal Veil Power Station has lured admirers to the end of the valley for more than a century. As you drive east, the building on the cliff suddenly pops into view, and those who are not too dazzled by the waterfall inevitably wonder at the sheer audacity it took to build something up there. To realize it is a swanky residence on top of a hydroelectric plant supplied by a high alpine lake is even more tantalizing: What kind of mad genius pulled that off? His name was Bulkeley Wells, a fierce leader for the Colorado National Guard during Telluride’s labor strikes of 1899 to 1908. Wells married the socialite daughter of the SmugglerUnion Mine’s owner and became the business’s manager in November, 1902, embarking at once on a campaign of oppression and violence against the Western Federation of Miners. He set his sights on Vincent St. John, the president of Local No. 63 who was called “The Saint” by the miners. Inspired by the radical international labor movement known as the Wobblies, The Saint personally organized hundreds of men in Telluride, much to Wells’ chagrin. The Saint and his miners became fed up when, in May, 1902, Wells switched from a day’s-wage payment system to a “fathom,” where salary was based on the distance mined rather than the time put in. In practice, it meant that a miner might not be paid at all for his work. ▶▶ summer/fall 2011