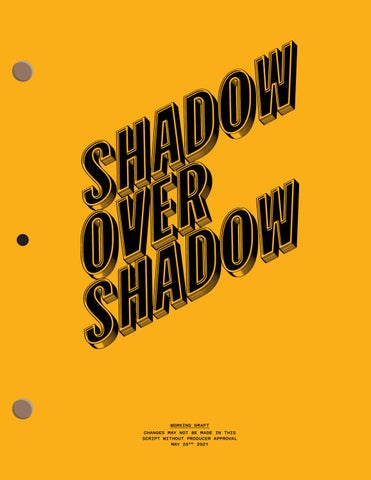 The SOUND of feet shuffling across the ring… FADE IN: INT. LOCKER ROOM - NIGHT The SOUNDS of the fighting grow LOUDER. CLOSE on a pair of hands from HIGH ANGLE. They slowly tense into fists. Strong hands, fighter’s hands. Even though he’s kept in shape, he hasn’t fought for a long time. The SOUNDS of the boxing match gets LOUDER STILL as he continues staring at his hands, it’s almost as if he’s dreaming.

Suddenly he breathes in.

JEFF (V.O.) I’d met Gloria in a double-date with a loudmouthed buddy of mine who was seeing a friend of hers. We went to a movie; Gloria had a flask; we killed it. She couldn’t put it away. At the end of the night she said she liked that I didn’t talk much. A couple weeks later she offered-A harsh jangle from the telephone. VOICE (on the phone) I saw what you did.

A beat of silence.

EXT. ALLEY – NIGHT A taxi is parked in a dark alley next to the arena. The SOUND of the crowd can be heard from the rear entrance as the door opens for a moment.

INT. BOXING RING - NIGHT The SOUNDS of the boxing match reach FEVER PITCH. Two boxers beat the crap out of each other. The crowd is wild with excitement, people placing bets on which way the fight will turn. One of the boxers goes down and money immediately starts changing hands…

A dark figure with a hat emerges from the shadows.

BEGIN FLASHBACK: EXT. HOTEL - NIGHT (RAINING) A run-down hotel in a bad neighborhood. A NEON SIGN flashes intermittently. INT. HOTEL ROOM - NIGHT The fan is spinning above them. They lie beside each other. Gloria lights a cigarette. There’s a strong KNOCK at the door. Gloria looks frightened. She quickly moves a finger to her lips in a “quiet” sign. GLORIA (whispering) It’s Ray! He’s here. You better leave. JEFF (mumbles) But Gloria-GLORIA (whispering) You need to go, Jeff. Right now.

Barely breathing, he goes to the lit doorway at the end of the hall.

From a distance, Detective Dixon hears footsteps. He quickly leaves.

He goes up to the third floor and knocks twice on 35. After a moment, the door flies open.

She guides him to lie on his back. She leans across him, seducing him, slowly, with her soft voice. GLORIA I guess you’ve seen some bad things. DETECTIVE DIXON Yes, I have. So bad I wouldn’t poison your mind by telling you... GLORIA Why do you do it? DETECTIVE DIXON I won’t let those bastards get me up against the wall. It’s an act of defiance. GLORIA Yeah. I get it.

Detective Dixon steps into the shadows and watches them. At a metal landing they stop. The man with the alligator briefcase and the other one with the hat stand on their tip toes in order to see something in the distance. They laugh at what they see. The detective cannot see what they are laughing at from his vantage point. He looks at his watch. 8:25pm.

EXT. INTERSECTION - NIGHT No one in sight. Here comes the only movement: a police patrol car drives slowly up the street next to the bar and turns south on Michigan Avenue.

When it is gone, all is dead again.

Detective Dixon follows them to an intersection where they turn off to the left. He waits at a light right behind them. Inside the car, they are lighting cigarettes. The light turns green and Ray takes off. Dixon follows them up a narrow street through some old factories.

Jeff is standing around by himself smoking a cigarette. Besides him is the alligator briefcase. He looks as if he is waiting for someone.

JEFF (V.O) It’s crazy how you can get yourself in a mess sometimes and not even be able to think about it with any sense. And yet not being able to think about anything else. Maybe it begins by taking life too seriously. Anyway, I think that’s the way it began for me. Just before my fight with Rodriguez three days ago.

Something changes in Gloria’s eyes.

EXT. CITY STREET - NIGHT Detective Dixon stands alone in a pool of light from a street lamp, watching Gloria until she reaches the end of the street and walks off behind a twisted chain linked fence.

He leaves the pool of light and walks into darkness.

As he goes, the shadows continuously re-arrange themselves in mysterious, sometimes frightening patterns.

“A dark street in the early morning hours, splashed with a sudden downpour. Lamps form haloes in the murk. In a walk-up room, filled with the intermittent flashing of a neon sign from across the street, a man is waiting to murder or be murdered. (...) Standard lamps fallen on pile carpets, spilling a fan of light about the face of a corpse; interrogation rooms filled with nervous police, the witness framed at their center under a spotlight, heels clicking along subway or elevated platforms at night. (...) Here is a world where it is always night, always foggy or wet, filled with gunshots and sobs, where men wear turned-down brims on their hats and women loom in fur coats, guns thrust deep in their pockets…” 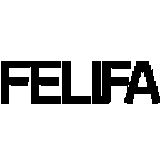