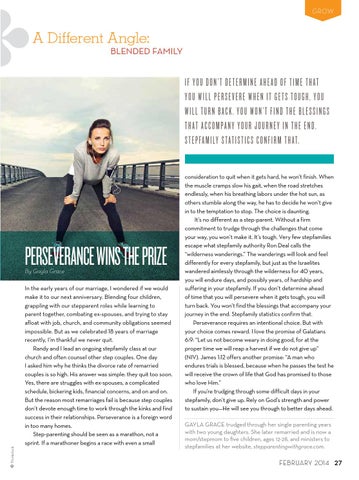 In the early years of our marriage, I wondered if we would make it to our next anniversary. Blending four children, grappling with our stepparent roles while learning to parent together, combating ex-spouses, and trying to stay afloat with job, church, and community obligations seemed impossible. But as we celebrated 18 years of marriage recently, I’m thankful we never quit. Randy and I lead an ongoing stepfamily class at our church and often counsel other step couples. One day I asked him why he thinks the divorce rate of remarried couples is so high. His answer was simple: they quit too soon. Yes, there are struggles with ex-spouses, a complicated schedule, bickering kids, financial concerns, and on and on. But the reason most remarriages fail is because step couples don’t devote enough time to work through the kinks and find success in their relationships. Perseverance is a foreign word in too many homes. Step-parenting should be seen as a marathon, not a sprint. If a marathoner begins a race with even a small

consideration to quit when it gets hard, he won’t finish. When the muscle cramps slow his gait, when the road stretches endlessly, when his breathing labors under the hot sun, as others stumble along the way, he has to decide he won’t give in to the temptation to stop. The choice is daunting. It’s no different as a step-parent. Without a firm commitment to trudge through the challenges that come your way, you won’t make it. It’s tough. Very few stepfamilies escape what stepfamily authority Ron Deal calls the “wilderness wanderings.” The wanderings will look and feel differently for every stepfamily, but just as the Israelites wandered aimlessly through the wilderness for 40 years, you will endure days, and possibly years, of hardship and suffering in your stepfamily. If you don’t determine ahead of time that you will persevere when it gets tough, you will turn back. You won’t find the blessings that accompany your journey in the end. Stepfamily statistics confirm that. Perseverance requires an intentional choice. But with your choice comes reward. I love the promise of Galatians 6:9: “Let us not become weary in doing good, for at the proper time we will reap a harvest if we do not give up” (NIV). James 1:12 offers another promise: “A man who endures trials is blessed, because when he passes the test he will receive the crown of life that God has promised to those who love Him.” If you’re trudging through some difficult days in your stepfamily, don’t give up. Rely on God’s strength and power to sustain you—He will see you through to better days ahead. GAYLA GRACE trudged through her single parenting years with two young daughters. She later remarried and is now a mom/stepmom to five children, ages 12-28, and ministers to stepfamilies at her website, stepparentingwithgrace.com. 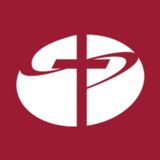