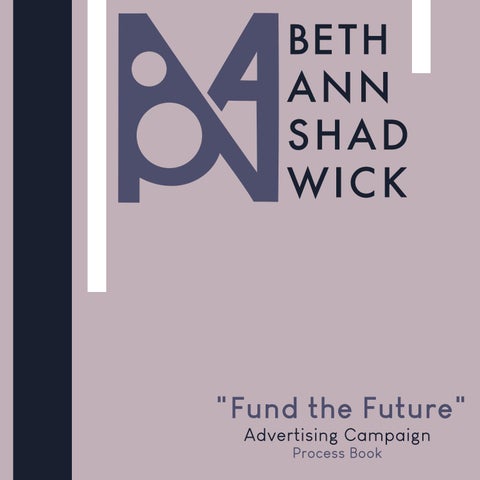 INTRO “Fund the Future” is an advertising campaign created for the Foundation of Arts in Jonesboro, Arkansas. It covers three main points of interest: The Desire to Donate, Reaching the Right People, and Making the Masterpiece.

RESEARCH To begin this advertising campaign, I first needed to thoroughly research the Foundation of Arts. This consisted of calling the director of the program and discussing subjects such as target audience, main problems, remedies for the problems, and what actions we could take to put these remedies in motion. Components such as the features of FOA and the benefits of these features really educated the creative process. This led to the next step - sketches and brainstorming.

Information As the conversation went, I took several notes about information we discussed and connected like ideas together using arrows.

IDEATION Ideation for this campaign began with sketches that were narrowed down to four main ideas. Each of these ideas were very different from the others, leaving room for exploration within each.

Sketches The first idea was the idea I decided to move forward with “Fund a Future Frida.” I was drawn to the alliteration in the headline, the impact of the statement, and the opportunity to dive into illustration.

The second idea also played with alliteration, but the Big Idea was much harder to expand on. Plus, I didn’t feel like this idea would have much of an impact on the audience. “Create. Conquer. Contribute.” is catchy, but continuing the alliteration across three advertisements with accurate word play would be difficult.

“Highlight the Important Parts” was my second favorite idea among the sketches. The idea was to take articles about the importance of art and highlight every time the word “donate” appears. The idea that these words were important corresponded with the objective of the campaign - to acquire donations.

The fourth idea was, again, average. It could’ve easily been expanded on, but the impact wasn’t as high as I was going for. It was a good idea, but the headline “Help Us Paint the Picture” didn’t really stand out among the others.

COMPING After choosing four main ideas and sketches, the next step was to bring the sketches to life digitally. I decided to move forward with all four main ideas “Fund a Future Frida”, “Create. Conquer. Contribute.”, “Highlight the Important Parts”, and “Help Us Paint the Picture.” “Fund a Future Frida” was the stand-out, leading to the final idea of “Fund the Future”, the overall campaign design.

First Round of Digital Art

FINISHED PRODUCT I expanded “Fund a Future Frida” into two more print advertisements, “Provide for a Future Prince” and “Sponsor a Future Shakespeare,” as well as Instagram advertisements and merchandise.

THE DESIRE TO DONATE

The marketing goal for the FOA is to acquire donations, as the FOA is a non-profit entity and must survive by meager course fees and fundraising. It was very important in this campaign to create a Big Idea that would connect with the target audience and leave a lasting impression that shows the benefits of donating and why art is important.

REACHING THE RIGHT PEOPLE The target audience is people with at least some disposable income in the region FOA serves who may or may not be aware of this important community institution.

The campaign combines illustration, typography, and complementary color palettes to convey a crucial message about the importance of donating to the Foundation of Arts and how it can impact the individuals who participate in the arts.

COMING TO A CLOSE “Fund the Future” is the perfect campaign to promote awareness of donation for the Foundation of Arts through print advertisements, Instagram advertisements, and merchandise. Combined together, these elements create a cohesive, professional campaign that will be memorable to the target audience.

See the step-by-step process of creating the "Fund the Future" Advertising Campaign. 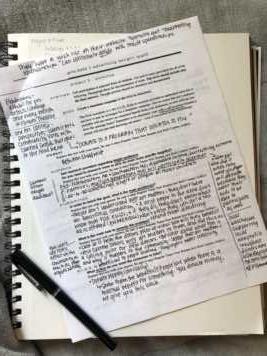 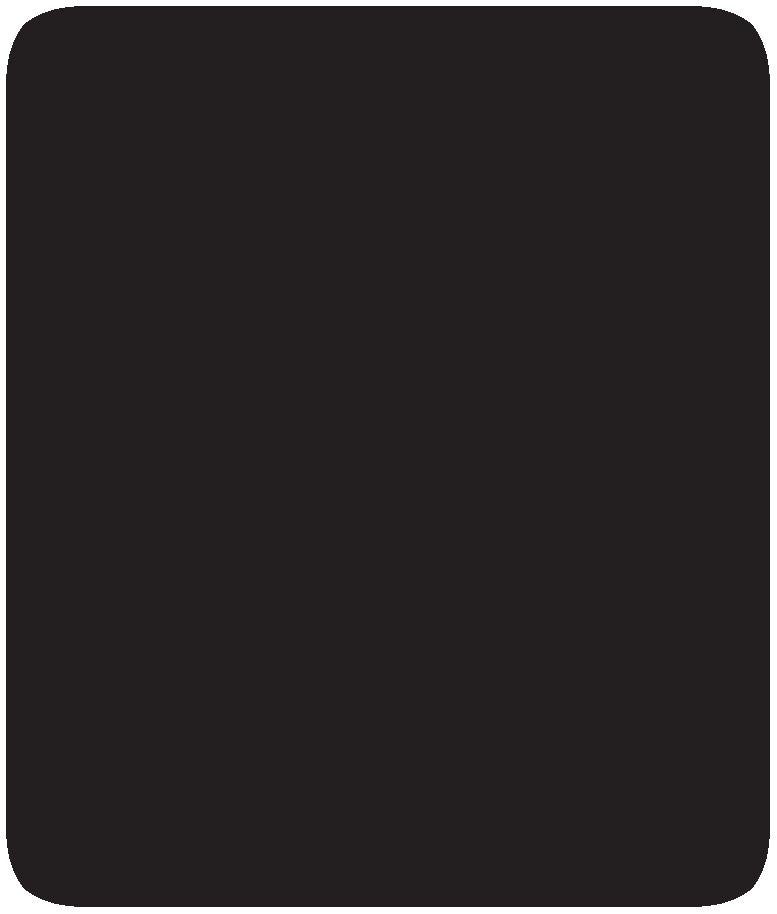 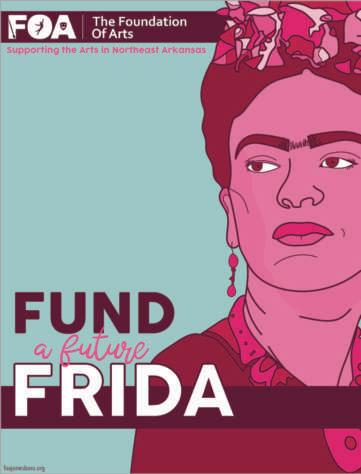 COMING TO A CLOSE