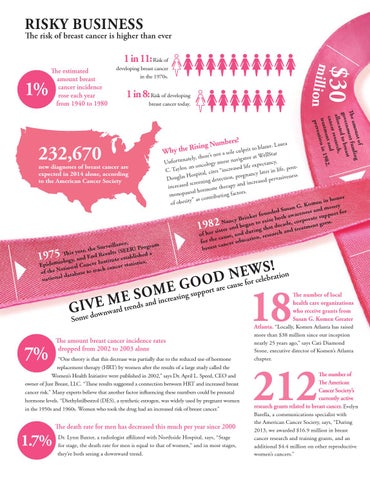 The risk of breast cancer is higher than ever

Risk of developing breast cancer in the 1970s.

I V E Md trends and in

“One theory is that this decrease was partially due to the reduced use of hormone replacement therapy (HRT) by women after the results of a large study called the Women’s Health Initiative were published in 2002,” says Dr. April L. Speed, CEO and owner of Just Breast, LLC. “These results suggested a connection between HRT and increased breast cancer risk.” Many experts believe that another factor influencing these numbers could be prenatal hormone levels. “Diethylstilbestrol (DES), a synthetic estrogen, was widely used by pregnant women in the 1950s and 1960s. Women who took the drug had an increased risk of breast cancer.”

Dr. Lynn Baxter, a radiologist affiliated with Northside Hospital, says, “Stage for stage, the death rate for men is equal to that of women,” and in most stages, they’re both seeing a downward trend. 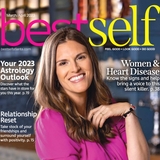