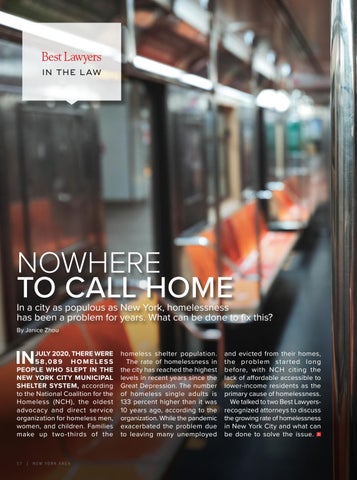 In a city as populous as New York, homelessness has been a problem for years. What can be done to fix this? By Janice Zhou

JULY 2020, THERE WERE 58,089 HOMELESS PEOPLE WHO SLEPT IN THE NEW YORK CITY MUNICIPAL SHELTER SYSTEM, according to the National Coalition for the Homeless (NCH), the oldest advocacy and direct service organization for homeless men, women, and children. Families make up two -thirds of the

homeless shelter population. The rate of homelessness in the city has reached the highest levels in recent years since the Great Depression. The number of homeless single adults is 133 percent higher than it was 10 years ago, according to the organization. While the pandemic exacerbated the problem due to leaving many unemployed

and evicted from their homes, the problem star ted long before, with NCH citing the lack of affordable accessible to lower-income residents as the primary cause of homelessness. We talked to two Best Lawyersrecognized attorneys to discuss the growing rate of homelessness in New York City and what can be done to solve the issue. 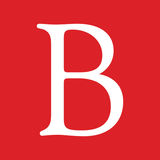