Many places in Ireland celebrate the LGBT community with different events. Every year, festivals and parades, often called 'Pride', take place in all the cities and some of the large towns around Ireland. There are also theatre and film festivals that feature LGBT films and plays. These can easily be found on the internet, and also through BeLonG To. The main free events that you can attend, without paying admission, are Pride events, see for example:

This is a guide for Lesbian Gay, Bisexual and Transgender (LGBT) asylum seekers and refugees in Ireland; it is focussed on issues connected to sexual orientation and gender identity.

This project is co-financed by the European Commission under the European Refugee Fund and is supported by the Office for the Promotion of Migrant Integration in the Department of Justice and Equality, Pobal and the HSE.

Lesbian, Gay, Bisexual and Transgender (LGBT) people are able to make a claim for asylum in Ireland based on their sexual orientation and/or gender identity. Irish refugee law recognises people's sexual orientation and gender identity as being characteristics of a 'social group'. This may not be your only or primary reason for seeking asylum; it can be important to make sure to name all of your reasons for seeking asylum.

The Equal Status Acts are laws designed to protect people against discrimination. As a LGBT person in Ireland, you have a right to be treated with respect and dignity in your work, home and community.

You have a right to live your life free from harassment and abuse that could be based on your sexual orientation, gender identity, ethnic background or religion.

If you have a concern about sexual health, or your health in general, don't be afraid to ask your doctor or community nurse. They can refer you to appropriate services in your area.

Coming out is a term used to describe how an LGBT person tells starts to understand their own identity and then tell other people about their sexual orientation or gender identity. This can be difficult for LGBT people to do, and support is available from BeLonG To and other organisations if you want help in doing this. It is important for you to think of a number of things before you come out to other people.

You have a right to a private life and to form loving relationships with people of the same or different gender.

Be prepared that your case may take a long time to be processed. If you have questions about this, it is important to talk to your legal caseworker or solicitor. And we encourage you to seek support during this period from BeLonG To or another NGO. Some people have been asked questions about their sexual orientation and or gender identity during interviews with ORAC, or during an appeal. Again, it is important that you ask for advice about this from your caseworker or solicitor.

State support After you submit your claim for asylum, you have the choice to live at your own expense or to be supported by the state. With state support you will be accommodated by the Reception and Integration Agency (RIA). This will entitle you to receive the following: Food and toiletries and other essentials will be available at the accommodation centre, and travel costs to meet your legal representative. A Social Welfare entitlement of â&#x201A;Ź19.10 per week. A medical card that will cover your physical and mental health needs. If you choose either to support yourself or receive state help, other supports are available and it may be possible for you to enrol in education such as courses in English, computers, etc. This will depend on the services available in the area you are living in.

There are many organisations around Ireland that provide different types of support to LGBT people. Most are open to all people from the LGBT community, while some are specific to men, women or transgender people. Examples are youth services, community centres, sports teams, social groups, and help lines. If you want information on LGBT community organisations in your area, you can call BeLonG To for details, if you live outside of the Dublin area there are a number of LGBT specific supports around the country as well, For full contact details of BeLonG To's National Network see www.belongto.org Ireland also has many LGBT bars and cafes where you can socialise. Some places may also display a rainbow flag or sticker to show they support LGBT people. There are also a number of LGBT websites and publications that can help you access support and venues to socialise: www.gcn.ie contains an electronic version of a monthly LGBT magazine with social and community listings broken down by region.

It is important to be comfortable with who you are before you disclose it to someone else. Do you think you are ready to come out? Will this be a good step for you to take? How do you think the person you are telling will react? Will it be positive or negative experience for you? Will they treat you the same as before you were 'out' to them? This is particularly true for people living with you. If you are an asylum seeker, people may ask you why you have sought asylum. Or if you are a refugee, they might ask on what grounds were you accepted. If you don't feel comfortable answering, then don't feel under pressure to give your reason. Trust your instinct. If it feels right to tell someone, then do. It is important that you are prepared for a reaction you were not expecting. In Ireland, the vast majority of people are LGBT friendly and services should treat you the same as before you come out. You may like to talk to BeLonG To about your experience coming out to other people, whether their response was positive or negative. You could also talk to someone who already knows you are LGBT. Remember that LGBT people have a right to be treated without discrimination in Ireland. Similarly, people in accommodation centres have a right to be treated with respect. If you feel that you have not been treated with respect, consider talking to your centre's manager or another member of staff you trust. 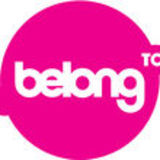