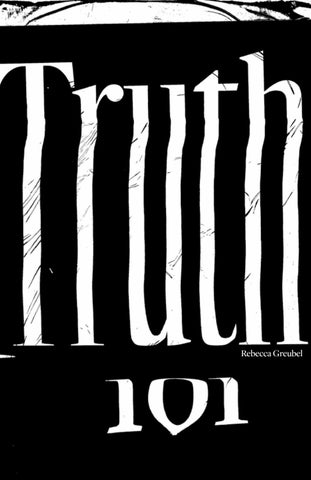 If you were really a member of the global élite, you’d know this already: the world is ruled by a powerful, secretive few. Many of the rest of us peons have heard that in 2004 both candidates for the White House were members of Yale University’s secretive Skull and Bones society, many of whose members have risen to powerful positions. But Skull and Bones is small potatoes compared

with the mysterious cabals that occupy virtually every seat of power, from the corridors of government to the boardrooms of Wall Street. Take the Illuminati, a sect said to have originated in 18th century Germany and which is allegedly responsible for the pyramidand-eye symbol adorning the $1 bill: they intend to foment world

wars to strengthen the argument for the creation of a worldwide government (which would, of course, be Satanic in nature). Or consider the Freemasons, who tout their group as the “oldest and largest worldwide fraternity” and boast alumni like George Washington. Some think that despite donating heaps of cash to charity, they’re secretly plotting your undoing

at Masonic temples across the world. Or maybe, some theorize, the guys pulling the strings aren’t concealed in shadow at all. They might be the intelligentsia on the Council on Foreign Relations, a cadre of policy wonks who allegedly count their aims as publishing an erudite bimonthly journal and establishing a unified world government — not necessarily in that order.

ting each t ever mee u o re h it w e lov right befo r in o ll t fa u o le e p h peo first cam nd, in whic ad when it n a g in Love is Bli h atc member w out it was other. I re something ab , le ab rt fo m and I felt unco it was released

dystop ian and unsett meetin ling g peop l e Now th online to me. Many ere’s a withou o show c t being f us a have a alled T pa able to oo Ho see the rtner or are t to ha m in pers ndle, i on. n whic h peop le lose money if they take part in sexual acts, this is relatable to people who are sexually frustrated because they can’t leave their house and hook up with strangers or their partners.

Judging from his recent appearances on media, I’ve noticed several oddities about his appearance. My theory is that he’s been replaced by the government and FB has been hijacked. That’s why FB has been a source of heavy censorship.

Here we can see, natural hair, somewhat of a tan, smiling, mouth open, pupils are not dilated.

given the constraints controlled by Mother Nature most people donâ&amp;#x20AC;&amp;#x2122;t want to consider that the sky is blue because of how light is bent around a spectrum. Which is related to the atmosphere. and the angle of earth.

Computers are taking the data we input to put us into a COVID squared box.

Remember, just because you do not believe in some stuff - does not mean that they don’t.

“Isthar” (who claimed she came down from the

If these traditions ar e not based on events of Jesus Christ - was his true birthday?

No where does the Bible suggest Je us Christ was born on Dec 25th (th ole fact should be enough to quest Christmas” as we know it).The Bib does says Jesus was born during th eign of Herald - who died 4 BC. Apparently Jesus was not even born on year 1. Something is off already, urely it could simply be a simple e or in calculations. Nevertheless, what can we find reg ng his true birthday? Some base their answers depending on the alignment of stars mentione n the Bible or references of behavi elated to certain seasonality. How r, not one biblical reference suppo hat Jesus was born during the win

e-Julius Ceasar’s registration was n his during Winter, (Luke 2:7-8) sheption herds were not outdoors during t ble night in December to watch their hesheep.

Perhaps most importantly, Pope Ju nlius decidedthat December 25th shou or be the day we celebrate Jesus’ birthda er- in order to correlate it with Pagan ditions (winter solstice, Nimrods bir gardday). Whether it was in order to conve gPagans or to mock Christianity is ed other topic. ior Additionally, Dionysius Exiguus ( wevDennis the Short) invented Anno orts Domini (start of year 1), based on nter. unclear means.

esearchers have been able to pinpoint the date of Jesus Christ using celestial events revealed from Revelation 12:1-5 These celestial events show that there is only one date that it is possible for Jesus to be born.Jesus Christ was born on September 11. they even claim we can know what time, between 6:18pm - 7:39pm.

Interestingly enough, the Ethioplan calendar is based on the birth of Jesus Christ. The Ethiopian calendar is also 8 years behind ours. Making this year 2012, which, at least, is an interesting observation. Yes The terrorist attacks on WTC, Pentagon, and B7 occured on Jesus Christ’s birthday. Almost to the exact same time he was born (perhaps very close with regards to Sun’s position and not today’s time difference methods).

I promise you if you research and dig long enough you will also realize the role and importance of all these elements. Thanks for reading. 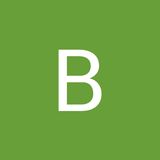