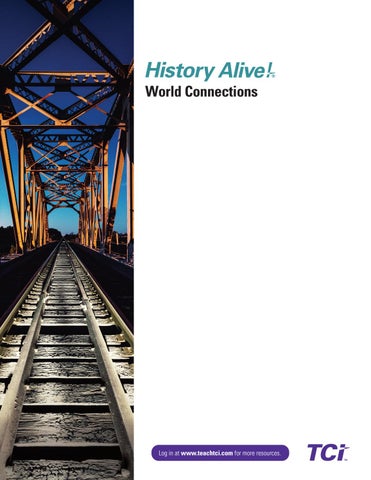 The Study of History What is history, and why should we study it?

Themes of World History How can a thematic approach help us make sense of world history?

Early Humanity How did humans progress from bands of hunter-gatherers to developing the great civilizations of the ancient world? Investigating Primary Sources: What Can Artifacts Tell Us About Social Structure in Mohenjo-daro?

Expanding Interactions Why did the first empires decline, and how did new empires rise to take their place?

The Decline of Feudalism How did events in Europe contribute to the decline of feudalism and the rise of democratic thought?

The Political Development of Imperial China Which method of selecting officials led to the best leaders for China? Investigating Primary Sources: What Was It Like to Take a Civil Service Examination?

Ghana: A West African Trading Empire To what extent did trans-Saharan trade lead to Ghanaâ&amp;#x20AC;&amp;#x2122;s wealth and success?

Inquiry: The World Before 1750

Unit 3 The First Global Age 11 The Gunpowder Empires How did gunpowder play a role in the development of empires?

12 Expansion and Isolationism in Eurasia What made empires in Eurasia rise and decline? Investigating Primary Sources: How Did the Policies of the Tokugawa Change Life in Feudal Japan?

13 Transformations in Europe What ideas transformed Europe in the early modern era?

14 Toward a Global Economy What factors led to European dominance in the emergence of the first global age?

Unit 4 The Age of Revolutions 15 Political Revolutions and Their Legacies How were political revolutions during the 1700s and 1800s similar and different?

17 Consequences of Industrialization What impacts did the Industrial Revolution have on society and the environment?

18 The Impact of Industrialization on Global Revolutions How did the Industrial Revolution create the conditions for global revolutions? Investigating Primary Sources: Why Did Mexico Move Toward Revolution in the 1900s?

19 Imperialism Throughout the World How did a few nations come to control so much of the globe?

Inquiry: The Age of Revolutions

Unit 5 A World in Crisis 20 World War I Why did the Great War last so long and bring about so much change?

22 Foreign Influences and Political Revolutions in the Americas What were the causes and effects of political unrest in Latin America in the 19th and 20th centuries?

23 North Africa and the Middle East How did European colonialism lay the groundwork for the emergence of the modern Middle East?

24 Revolution and War in Asia How did popular movements and nationalist ideas shape Asia in the 19th and 20th centuries?

25 The Rise of Fascism and Totalitarian States What accounted for the rise of totalitarian states after World War I? Investigating Primary Sources: How Did â&amp;#x20AC;&amp;#x153;The Cult of Personalityâ&amp;#x20AC;? Shape Politics in Russia?

26 World War II Why was there another global conflict so soon after World War I?

Inquiry: A World in Crisis

Unit 6 The Cold War 27 Cooperation in a Post-War Europe What challenges did Europe face following the end of World War II?

28 The Cold War Begins How did the United States and the Soviet Union become Cold War adversaries? Investigating Primary Sources: How Was the Cold War Waged All over the World?

Unit 7 The Contemporary World 32 Movements Toward Independence and Democracy How have emerging nations fared in their quest for political stability, economic growth, and democracy?

33 The New Geopolitics How did the terrorist attacks on September 11, 2001 affect global politics?

34 The Impact of Globalization What have been the costs and benefits of globalization?

35 Rights, Religion, and Identity How have views about human rights, religion, and identity changed in the modern world? Investigating Primary Sources: How Has the International Community Responded to Genocides?

36 A New Role for the West Has the West entered a phase of historical decline?

Approach history from a global perspective.

The Rise of Fascism and Totalitarian States What accounted for the rise of totalitarian states after World War I? P R E V I E W

As you complete the Reading Notes, use these terms in your answers. fascism

In your notebook, answer the following questions for each section in the Student Text (Italy Under Mussolini, Hitler and Nazi Germany, The Spanish Civil War, and Stalin and the Soviet Union):

About the Poster A smiling Mussolini greets an adoring crowd upon his return from an international conference in Munich in 1938. The conference resulted in an agreement between Great Britain, France, Germany, and Italy. The agreement preserved peace in Europe by appeasing Hitler’s demands for territory in Czechoslovakia. Mussolini was welcomed back to Italy as a salvatore della pace (savior of the peace) who had saved Italy from impending war.

1. What factors encouraged the development of a totalitarian government in this country? 2. Who was the primary leader who took power and what was the name of his political party? 3. What methods did the leader use to take power? 4. In what ways, if any, did the leader appeal to the people? 5. What actions did the leader take to control the country? The Rise of Fascism and Totalitarian States 1

The Rise of Fascism and Totalitarian States

The Student Text provides a rich knowledge base of historical concepts and guides students through their learning.

Identifying Frame of Reference and Point of View What is it? Someone’s frame of reference includes all the things that influence how that

person thinks and the way that person sees the world. Point of view is a person’s individual opinion or perspective. How to do it. First, identify everything you know about the writer of the passage. Consider

background, age, culture, the historical period in which he or she lived, and beliefs. Next, look for expressions of the person’s perspective. They may be stated directly—“I believe that….” Or they may be expressed in value judgments, such as “the worst ever….” How do you think this person’s frame of reference might have influenced his or her point of view? Try it. During the Civil War, the Union at first refused to enlist African American soldiers.

Consider these two quotes from that time. Do you know that this is a white man’s government; that the white men are able to defend and protect it; and that to enlist a Negro soldier would be to drive every white man out of the service? — Ohio Governor David Todd, in response to a group of African Americans who asked to form a regiment Why does the government reject the Negro? Is he not a man? Can he not wield a sword, fire a gun, march and countermarch, and obey orders like any other? . . . Men in earnest don’t fight with one hand, when they might fight with two, and a man drowning would not refuse to be saved even by a colored hand. — African American anti-slavery leader Frederick Douglass Identify the point of view and frame of reference of each man. How do you think frame of reference might have shaped each man’s perspective? David Todd

Point of view Frame of reference

Universal Access TCI is designed to reach all of your learners. Here are some resources you can use in your classroom.

Lesson Outlines Short on time? These lecture slides summarize the main ideas of the lesson. Or print the outline guide to provide support for English Learners.

Unit Structure As you go through the units in this program, youâ&amp;#x20AC;&amp;#x2122;ll come to understand how historical events are connected and impact the world today. The structure of a unit takes you through an entire inquiry, from asking and investigating questions to reporting findings and taking informed action. To get digital access, visit www.teachtci.com.

Exploring Themes Start with an exploration of themes within the unit. You will list what you know and ask questions you have about topics in the unit.

TCIâ&amp;#x20AC;&amp;#x2122;s Lesson Cycle Each lesson in the unit begins with a Preview to spark interest and inspire questions. The lesson progresses to an interactive Activity, which engages and connects you to your reading. You will also investigate the questions you asked at the start of the unit. Throughout the lesson, you will engage in a variety of assessments, including Lesson Games, Processing assignments, and Summative Assessments.

Unit Inquiry Project Each unit concludes with an inquiry project wherein you select a historical event that interests you and connect it to the unitâ&amp;#x20AC;&amp;#x2122;s themes. You will plan an inquiry about how the event affects the world today by developing questions, conducting research, evaluating sources, creating and argument, and reporting your findings.

Thinking Like a Historian You will have opportunities to examine maps, investigate primary sources, and compose arguments throughout the unit. In the Investigating Primary Sources section, you will explore a compelling question through primary sources. You will find evidence, evaluate sources, and build an argument about the time period.

Assessments TCI offers a variety of formative and summative assessments so you can gauge student progress through each lesson.

Lesson Game In a Lesson Game, students answer selected-response questions about the lesson. Results are automatically tracked in your gradebook.

Notebook Monitor studentsâ&amp;#x20AC;&amp;#x2122; progress in their notebooks as they go through the lesson and investigations.

Self-Assessment A self-assessment asks students to gauge their understanding of key concepts at the beginning and end of a unit.

Processing An end-of-lesson processing assignment challenges students to synthesize and apply the information they have learned in a variety of creative ways.

Unit Pre- and Post- Test Each unit has a pre- and post-test for you to check student progress. 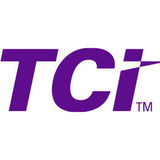