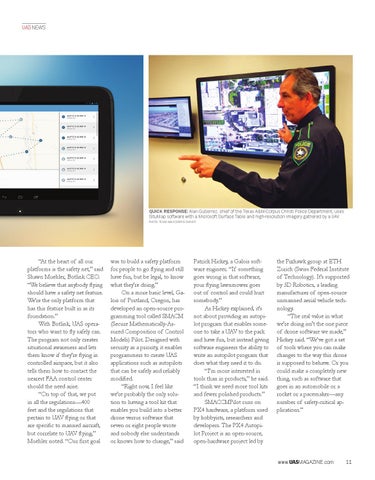 “At the heart of all our platforms is the safety net,” said Shawn Muehler, Botlink CEO. “We believe that anybody flying should have a safety net feature. We’re the only platform that has this feature built in as its foundation.” With Botlink, UAS operators who want to fly safely can. The program not only creates situational awareness and lets them know if they’re flying in controlled airspace, but it also tells them how to contact the nearest FAA control center should the need arise. “On top of that, we put in all the regulations—400 feet and the regulations that pertain to UAV flying or that are specific to manned aircraft, but correlate to UAV flying,” Muehler noted. “Our first goal

was to build a safety platform for people to go flying and still have fun, but be legal, to know what they’re doing.” On a more basic level, Galois of Portland, Oregon, has developed an open-source programming tool called SMACM (Secure Mathematically-Assured Composition of Control Models) Pilot. Designed with security as a priority, it enables programmers to create UAS applications such as autopilots that can be safely and reliably modified. “Right now, I feel like we’re probably the only solution to having a tool kit that enables you build into a better drone versus software that seven or eight people wrote and nobody else understands or knows how to change,” said

Patrick Hickey, a Galois software engineer. “If something goes wrong in that software, your flying lawnmower goes out of control and could hurt somebody.” As Hickey explained, it’s not about providing an autopilot program that enables someone to take a UAV to the park and have fun, but instead giving software engineers the ability to write an autopilot program that does what they need it to do. “I’m more interested in tools than in products,” he said. “I think we need more tool kits and fewer polished products.” SMACCMPilot runs on PX4 hardware, a platform used by hobbyists, researchers and developers. The PX4 Autopilot Project is an open-source, open-hardware project led by

the Pixhawk group at ETH Zurich (Swiss Federal Institute of Technology). It’s supported by 3D Robotics, a leading manufacturer of open-source unmanned aerial vehicle technology. “The real value in what we’re doing isn’t the one piece of drone software we made,” Hickey said. “We’ve got a set of tools where you can make changes to the way this drone is supposed to behave. Or you could make a completely new thing, such as software that goes in an automobile or a rocket or a pacemaker—any number of safety-critical applications.” 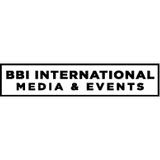